IFP Editorial: Whatever be the claims of adequate oxygen made by the state government and media blitz over opening of PSA Oxygen Plants in different districts with help and aid from the Ministry of Health and Family Welfare, Manipur is still facing oxygen shortage. 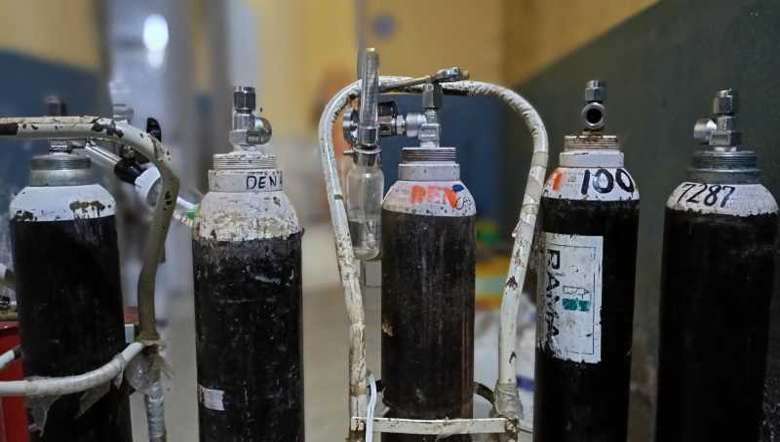 Before his spat with the Indian Medical Association on his criticism of allopathy, Baba Ramdev had mocked India’s oxygen shortage. Commenting on the insufficient cylinders, he says, “People are looking for cylinders outside while God has given you two cylinders right here inside you,” he said while referring to one’s lungs. “Use them, fool!” he added. It created an uproar. That is Baba Ramdev’s viewpoint. Let us come back to Manipur. Whatever be the claims of adequate oxygen made by the state government and media blitz over opening of PSA Oxygen Plants in different districts with help and aid from the Ministry of Health and Family Welfare, Manipur is still facing oxygen shortage. Yes, when it comes to the High Court one cannot lie or hide the real picture. The authorities of Regional Institute of Medical Sciences (RIMS) and state-run Jawaharlal Nehru Institute of Medical Sciences (JNIMS) submitted before the High Court that they are running short of oxygen supplies and not in a position to cater to the needs of admitted COVID-19 patients. This was stated by the hospital authorities in their affidavits filed before the High Court of Manipur in connection with a PIL filed by one Naresh Maimom. The PIL sought the court’s direction to procure sufficient oxygen and ICU beds for COVID-19 patients.

ALSO READ: Not in position to cater to needs of admitted Covid patients: RIMS, JNIMS

In an earlier hearing on the same PIL, the state government had informed the Manipur High Court that it has yet to initiate the process of determining accountability of utilisation of oxygen supplies made even though it had set up a State Oxygen Management Team. As per the newspaper advertisement titled ‘Manipur Oxygen Supply Update’, the state constituted a State Oxygen Management Team to track oxygen consumption and supply on a 24x7 basis. The Supreme Court had passed an order to constitute a National Task Force to formulate methodology for scientific allocation of medical oxygen to states, UTs among others. While the high court lauded the state’s interim measures, it underscored the Supreme Court order which required the committee at the state level to determine accountability with regard to utilization of the oxygen supplies made.

However, the AG informed the court that there was no mechanism in place to monitor as to how the oxygen supplies made to hospitals are being utilized. It was indeed sad. Normally, the mandate of such a Team should not only be regulating and facilitating 24x7 supply of medical oxygen to hospitals, but also to monitor and track proper usage of such oxygen supplied besides projecting the state’s total oxygen requirement in the future and plan accordingly.

On Wednesday, the division bench of the high court comprising chief justice Sanjay Kumar and justice Kh Nobin directed RIMS authority to approach the Audit Sub-Group of Medical Oxygen for securing required oxygen supplies, in terms of office memorandum dated May 19, issued by the special secretary (Health and Family Welfare). Noting a proposal of RIMS, in the affidavit, to enhance the number of ICU beds for Covid patients, the division bench ordered it would be imperative that the state government address the issue of meeting its demands for oxygen supplies so as to increase the medical facilities available for treating severely affected Covid patients. In such a backdrop, the news report that the Pressure Swing Adsorption (PSA) Oxygen plant inaugurated on Monday at Thoubal District Hospital by Chief Minister N Biren Singh reportedly could not provide oxygen supply to more than 10 beds, although originally it was intended to provide oxygen supply to 50 beds.

Thoubal District hospital authorities reported that attempts were made on Tuesday night to provide medical oxygen from the newly inaugurated oxygen plant to 17 patients requiring oxygen at the Isolation Ward of the hospital. Alarms of the plant overloading its function went off when the oxygen was being provided to only 10 patients. And hospital authorities had to make do with the extra D-type cylinders in stock to cater to the immediate requirement of the patients and the emergency situation was managed. Yet, it put a question mark on the efforts of the state.