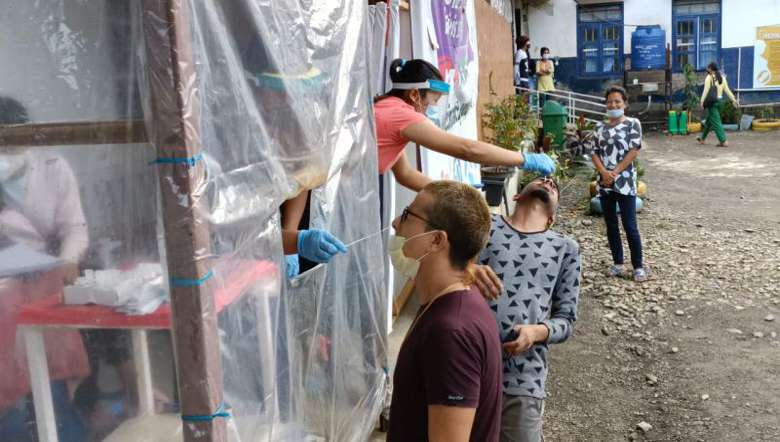 Among the 99 persons tested, two women, both hotel/shopkeepers and one owner of a meat vendor were found infected with COVID-19.

Earlier, a random mass testing was conducted earlier by the same task force in collaboration with the District hospital Kangpokpi and police personnel of Kangpokpi Police Station where one individual was found to be positive.

More than a 100 were tested during the drive and one individual from Damdei test centre tested positive for the viral infection.

The district CSO task force dropped the Covid patient at his residence and sealed his residence in the presence of the village authority.

Reminding the state government of the discussions made in the recently held district review meeting, chairman of the task force Thangminlen Kipgen urged the state government to provide an ambulance for Twilang area under T Waichong Sub Division. He also appealed to MLA Kayisii to look into the matter urgently.

The Covid task force also reminded the state government to procure a 10KV generator for the provision of an interrupted power supply at the district Covid care centre.