Thoubal oxygen plant able to supply oxygen to only 10 beds

The newly constructed PSA oxygen plant originally intended to provide oxygen supply to 50 beds at the isolation ward of the district hospital Thoubal. 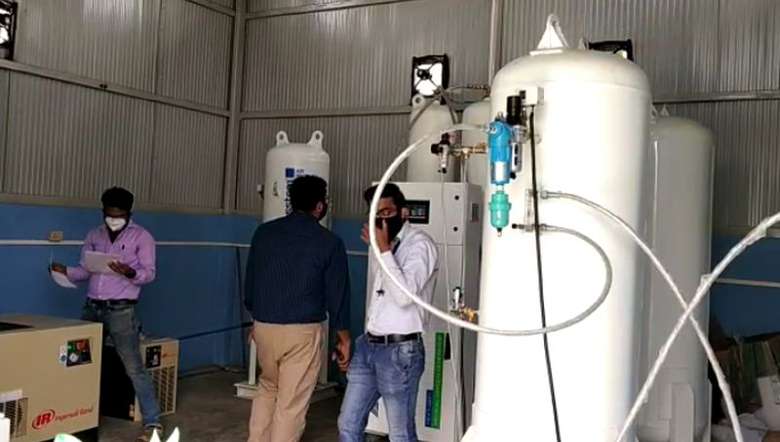 Authorities of Thoubal District hospital reported that attempts were made on Tuesday night to provide medical oxygen from the newly inaugurated oxygen plant to 17 patients requiring oxygen at the Isolation Ward of the hospital. Alarms of the plant overloading its function went off when the oxygen was being provided to only 10 patients, hospital authorities said.

Thankfully, the hospital had extra D- type cylinders in stock to cater to the immediate requirement of the patients and the emergency situation was managed.

However, as expectations were high that the newly inaugurated oxygen plant would be able to provide oxygen support for Covid patients in the district, yesterday’s incident has left many with great disappointments.

In this regard, a meeting was held on Wednesday among officials of district hospital Thoubal at the conference hall of deputy commissioner Thoubal. The meeting resolved to raise the matter to the authorities concerned and decided to make appeals to provide the required oxygen.

On May 31, CM Biren had assured that the newly constructed PSA oxygen plant would be able to provide additional oxygen supply to Covid patients from Thoubal and Kakching district.

On the other hand, despite the inaugural of an ICU with 10 ventilators at the district hospital, it is yet to start operations as the required physician and anaesthetist are yet to be provided, hospital authorities said.