Not in position to cater to needs of admitted Covid patients: RIMS, JNIMS

The two government hospitals in Imphal stated that they are running short of oxygen supplies. 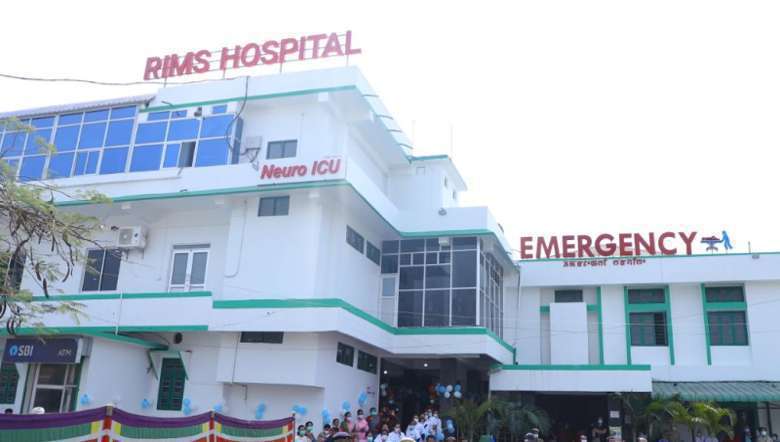 This was stated by the hospital authorities in their affidavits filed before the High Court of Manipur in connection with a PIL filed by one Naresh Maimom. The PIL sought the court's direction to procure sufficient oxygen and ICU beds for COVID-19 patients.

In this regard, the division bench of the high court comprising chief justice Sanjay Kumar and justice Kh Nobin on Wednesday directed RIMS to approach the Audit Sub-Group of Medical Oxygen for securing required oxygen supplies, in terms of office memorandum dated May 19, issued by the special secretary (Health and Family Welfare).

Noting a proposal of RIMS, in the affidavit, to enhance the number of ICU beds for Covid patients, the division bench ordered it would be imperative that the state government address the issue of meeting its demands for oxygen supplies so as to increase the medical facilities available for treating severely affected Covid patients.

"The additional advocate general who is appearing on behalf of the state government would seek time to look into this aspect and file an additional reply affidavit addressing the steps taken to meet the demands raised by these hospitals," the court's order mentioned.

The court further directed the state government to file an additional reply affidavit before the next date of hearing, indicating the manner and method in which these Covid care centres have been set up. It was also directed to include details on how the government proposes to provide the required facilities to those admitted in these centres, including supply of food where there is no family member available to undertake this exercise.

This directive followed after observing a newspaper's report which indicated that Covid care centres have been established by the authorities but adequate facilities are not made available, especially in the context of supplying food to the patients admitted in such centres.

The order also stated that the additional affidavit should also indicate as to how admission in these centres would be streamlined so that patients who are members of a single family can be adjusted in the same centre, to the extent possible, so as to avoid inconvenience to those attending to such patients.

With regards to its earlier directive, the division bench noted that it did not find any particular action plan having been indicated in any of the annexures of the additional reply affidavit filed by the state government on June 1.

"It would be necessary for the state government to demonstrate the steps already taken, in terms of the demands raised for medical supplies and facilities, medicines and infrastructure,” the court’s order stated.

It further sought the government to demonstrate the steps taken to meet such demands; and also the plan for the future in terms of the perceived demands that may arise for medical supplies and facilities, medicines and infrastructure.

It also sought the government to demonstrate the steps that need to be put in place to meet such future demands, so that the state is not caught unprepared in meeting the challenges of another wave of this pandemic.

"As the reply affidavit dated May 1 and the annexures filed therewith, were made available to us only this morning and the contents could not be taken note of. To avoid such a situation, it is made clear that all the materials and documents, including reply affidavits, shall be filed well before the next date of hearing that is May 8 and in any event, not later than May 7," the division bench stated.