The sports disciplines which will be opened under the Khelo India Scheme in the state are football, hockey, cycling, judo, badminton, rowing and boxing. 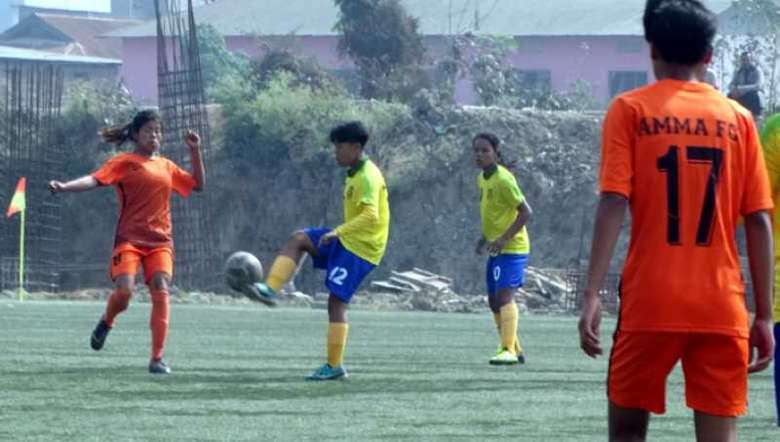 The Union Youth Affairs and Sports Ministry have approved 16 Khelo India centres which will be opened shortly to give more thrust to the sports movement in Manipur.

The sports disciplines which will be opened under the Khelo India Scheme in the state are football, hockey, cycling, judo, badminton, rowing and boxing. Along with the disciplines, the YAS Manipur recommended the 16 centres to the Sports Ministry in May this year.

As for football, the Khelo India centre will be opened at Chandel, Tengnoupal, Pherzawl, Kangpokpi, Kamjong and Noney.

The badminton discipline will have centres at Tamenglong, Jiribam, Senapati and Kakching while for boxing, the centre will be at Ukhrul and Churachandpur.

The Imphal West will have a centre for cycling while Imphal East will get hockey and judo centres at Thoubal and Bishnupur will have a rowing centre. Training facilities for all the centres of Khelo India will be held at District Sports Associations/District Football Association ground or sports complexes.

In the meantime, the Huyel Langlon Thang-Ta Association has shown their displeasure of being sidelined for opening a Khelo India centre for the martial art in the state.

In a statement, the association said that the Youth Affairs and Sports Ministry is well aware of the Thang-Ta event and its inclusion in the National School Games.

To such an extent, the Huyel Langlon Thang-Ta Association has submitted a proposal to the YAS department, Manipur for opening of Khelo India centre at Bishnupur, Imphal West, Imphal East, Kakching and Ukhrul districts. But sadly, the proposal has been completely sidelined and we feel deprived of a centre, it said.

Meanwhile, the Chandel Football Friends (CFF)has extended its gratitude to the state government for opening Khelo India centre at Chandel district under Khelo India Scheme approved by the Central government for development of sports and its infrastructures.

In a press statement, CFF stated that it is excited to have Khelo India centre, which will open soon at District Sports Complex, Chandel as per government order. The Khelo India centre will surely provide a steady platform for the youngsters who will get a good opportunity to join professional football training which is to be imparted in the Centre.

CFF also thanked YAS Minister Letpao Haokip as well YAS director T Phulen Meitei for their initiative towards the opening of the Khelo India centre in the district. It also sought cooperation of the village chiefs, CVOs and student bodies to support the Khelo India Scheme for the betterment of the young generations in the field of sports as a whole and football in particular.