UN intervention for protection of human rights in Myanmar sought

The ZORO submitted to the chairperson of United Nations Permanent Forum on Indigenous Issues, New York, and the United Nations Human Rights Commission, Geneva, on Saturday. 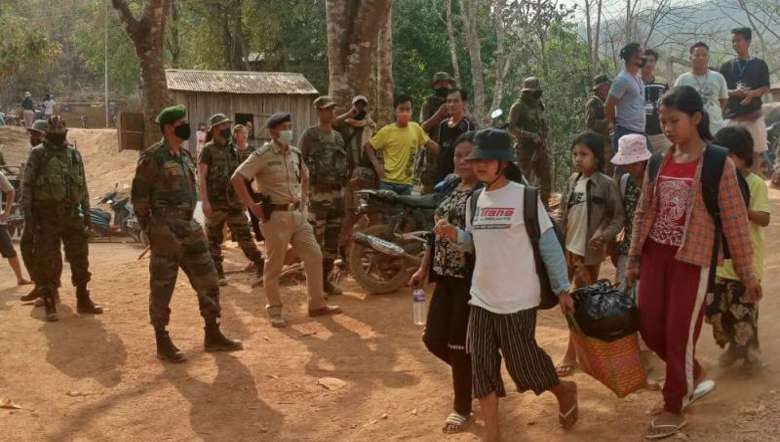 The Zo Re-unification Organisation (ZORO), General Headquarters, Aizawl, has pleaded for intervention of the United Nations (UN) in securing the protection of human rights of indigenous people in Myanmar.

A memorandum in this regard was submitted to the chairperson of United Nations Permanent Forum on Indigenous Issues, New York, and the United Nations Human Rights Commission (UNHRC), Geneva, on Saturday.

In the memorandum, president of ZORO R Sangkawia stated that the rights and human rights of the Chins in Chin State of Myanmar should be secured as per the United Nations Declaration of Rights of Indigenous People (UNDRIP) as well as the Universal Declaration of Human Rights(UDHR).

The actions of Myanmar Tatmadaw (military junta) upon the indigenous Chin people echoed its inhumane and heartless nature which amount to breaches of international human rights laws, he stated, demanding that the State Administration Council (SAC) must end their siege and occupation of the people of Mindat, a town in the Chin State of western Myanmar, at once.

R Sangkawia further stated that the civilians are in need of medicines and humanitarian aid. “So let appropriate relief materials be provided for the gravely exploited indigenous people of Mindat and other parts of Chin State without delay in order to save innocent lives,” he said.

The UN intervention is the key to securing human rights of the indigenous people in Myanmar, Sangkawia added.