IFP Editorial: The government’s efforts to bust the myths surrounding the Covid vaccine and the vaccination programme and clear all doubts and remove the fear of getting the vaccination seems to have failed. 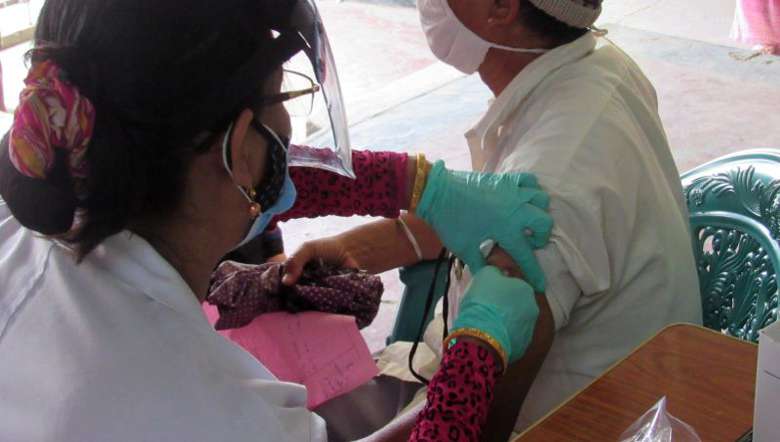 In spite of a shortage of adequate numbers of vaccine stock in the state, the government has been undertaking mass vaccination process for both people above 45 years of age and the 18-44 group in several areas of the state. The initial launch of the vaccination saw very few turnout of people for the vaccination. Many were reluctant to get the jab for fear of experiencing the possible adverse effects of the vaccine as rumours about the negative fallouts of it have been widely circulating in social media. However, as the number of daily positive cases began to rise, the state has been witnessing an increasing number of people who are willing to get the vaccination. Yet, there is still a reluctance among the general populace about the efficacy of the vaccine, due to reports of infection even after getting the first dose or full vaccination and deaths. The government’s efforts to bust the myths surrounding the Covid vaccine and the vaccination programme and clear all doubts and remove the fear of getting the vaccination seems to have failed. Reports of CEO of Serum Institute of India Adar Poonawalla fleeing the country, rushing of the Covaxin vaccine produced by Bharat Biotech through incomplete trials, and GOI’s delay in advance order of vaccines both domestic and foreign, reports of further mutation of the virus and a third wave has added to the problem.

In Manipur too, the state government has been urging the people to get vaccinated since the launch of the vaccination drive in the state in January. Each district administration has been spreading awareness about the safety and benefits of taking the vaccine and urging people to come for the vaccination at specific vaccination sites organised by the Covid task force. The administration’s effort for increased vaccination has reached remote villages today with the help of volunteers and the security forces. The security forces even used innovative approaches to draw more people for vaccination. While over 21.3 crore vaccine doses have been administered countrywide so far, the total number of people who have been administered COVID-19 vaccine in Manipur reached 3,82,352 on May 30, as per the latest update from the state health department. The state is now witnessing a marked willingness among the people, particularly those between the age of 18 to 44, to get vaccinated. More and more people are rushing for vaccination and the centres across the state are beginning to get crowded.

It was on May 17 that the Manipur government rolled out the COVID-19 vaccination programme for the 18-44 years age group. The Central government had flagged off the programme on May 1.

Considering mass vaccination as one of the important strategies to flatten the curve of the pandemic, the Union government launched the vaccination programme across the country in a phased manner. Now, the vaccination programme for the age group 18 to 44 is made accessible only to people who are registered online using the CoWIN platform, Aarogya Setu or UMANG app. The increasing number of people coming for vaccination at the centres has sparked off fear and panic among the people of an adverse fallout- contracting the disease from each other in the crowded centres. Amid the concern, some are reluctant to head for the vaccination centres though there is a willingness. One thing lacking in the state effort is about creating awareness among the general public about the vaccination drive. The public is generally wary of the vaccine and its efficacy while being confronted with side effects of the vaccine, which leads to absence of widespread voluntary appearance at hospitals or clinics even with public leaders advertising their vaccination in the social media platforms. If they relate their experiences after vaccinations along with their medical history, the general public will naturally find a way to relate and turn up for vaccination.