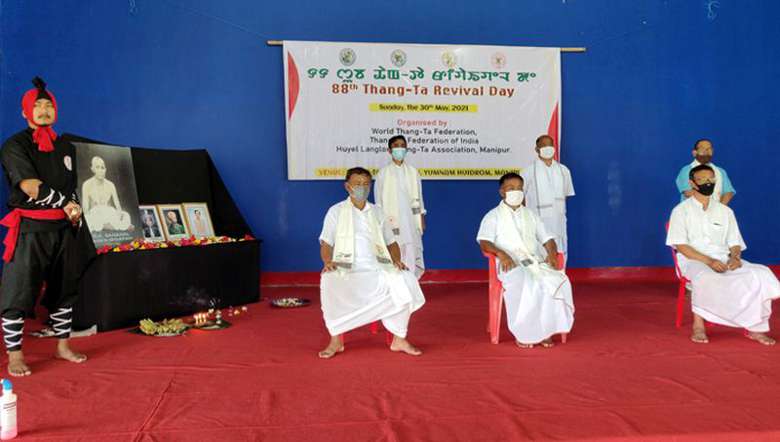 Observing the 88th Thang-Ta Revival Day 2021, the Huyel Langlon Thang-Ta Association led other Thang-Ta units in paying floral tributes to the pioneers of Thang-Ta practitioners and in planting trees saplings at its Shanglen at Yumnam Huidrom, Imphal West.

It may be recalled that during the British occupation of Manipur, the British Empire, as a consequence of Anglo-Manipur War, the practice of Thang-Ta was banned in Manipur. However Thang-Ta practitioners continued to practice the martial art form in far off places in secrecy. After a long period of ban, the then Maharaj Churachand Singh KCSI, CBE intervened along with several Thang-Ta practitioners, including RK Sanahal in working out modalities and re-introduced the martial art in open schools on May 30, 1934.

The observation was held with strict adherence to COVID-19 protocol, and it was attended by president of World Thang-Ta Federation H Premkumar Singh among others.