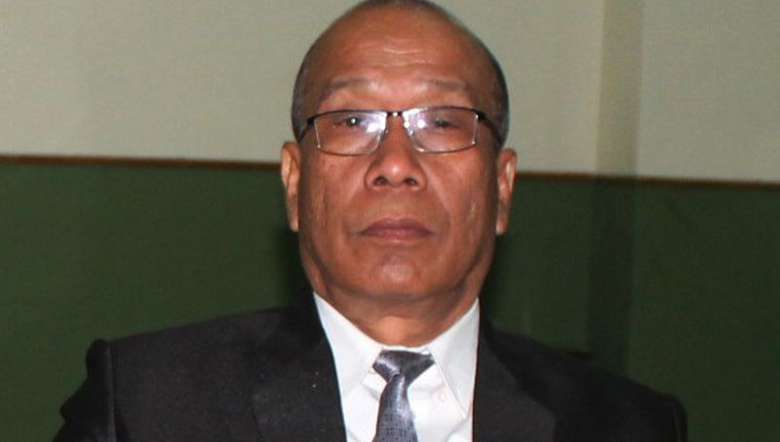 During the condolence meeting, the works of late Sagolsem Hemanta and responsibilities he held during his lifetime were remembered, AMWJU stated. It was expressed that his sudden and untimely demise has caused irreparable damages and left a void which can never be filled up among the media community, it further stated. AMWJU, EGM and former presidents of AMWJU share the grief of the bereaved friends and family, it added.

As the book became hugely popular among the public, it was translated into English with the title ‘Beyond the Misty Hills’. He also translated Bertin Lintner’s ‘Land of Jade’ into Manipuri and published it with the title ‘Turel gi Wari’, it added.

The United People’s Front (UPF) Manipur has also extended its condolences over the sudden and untimely demise of  veteran journalist Sagolsem Hemanta at RIMS due to COVID-19 on Sunday.

Late Sagolsem Hemanta from Keishamthong Moirang Ningthou Leirak worked for a long time as the editor of UPF’s monthly publication, ‘Eikhoigi Panthung’, UPF stated in a release signed by its publicity secretary A Loya. He was also the president of All Manipur Working Journalists Union (AMWJU) and worked for the welfare and progress of journalists, UPF stated. He authored many books, including ‘Khengjoi Chingsangda’ which was published in 2006, it mentioned.

On his demise, UPF Manipur with its president N Rupachandra along with UPF members, publication committee of ‘Eikhoigi Panthung’ and its staff organised a condolence meeting at the office of the publication. The meeting recalled the works of late S Hemanta carried out for the publication, and observed a two-minute silence to pay respects, UPF stated.

“His untimely demise will be a great loss to all. Sharing the grief of the bereaved friends, family and relatives, UPF prays for his soul to rest in eternal peace at the heavenly abode,” the UPF added.