Vaccination drive for people of Northeast held in Chandigarh

Forty persons between the age of 18-45 were vaccinated by a team of doctors from the Punjab Health department. 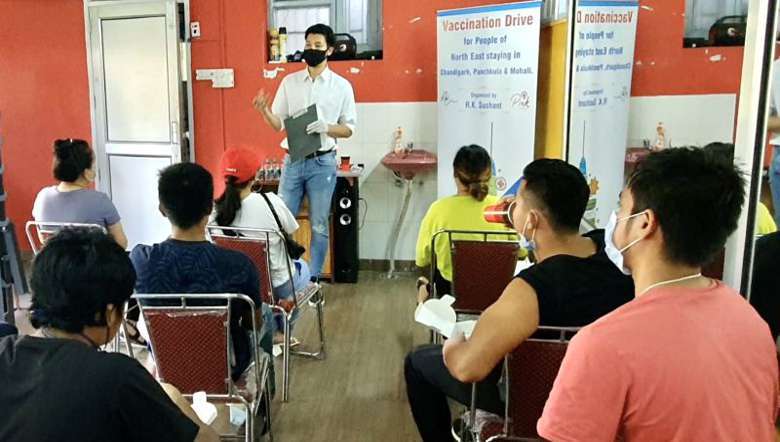 Actor RK Sushant on Sunday organised a vaccination drive for the people of Northeast staying in Chandigarh, Panchkula and Mohali, during which 40 persons between the age of 18-45 were vaccinated by a team of doctors from the Punjab Health department.

In the first phase, 40 people mostly from Manipur, Mizoram, Nagaland, Arunachal Pradesh and Assam were vaccinated, stated a release. Sushant informed that he has received more than 90 names so far, it stated, adding the remaining will be carried out in subsequent phases.

After reviewing the response and success of the present drive, he would consider organising something similar in Bengaluru where many people from Northeast reside, the release stated. Shushant also received many messages of help from Bengaluru, it mentioned.

Sushant said that after he and his family got vaccinated, he shared it on his YouTube channel.

Many of his followers and well wishers wanted to know how he got vaccinated, whether there are any side effects etc. as there are many conflicting news and rumours circulating in Whatsapp and other social media platforms, the release stated. Many of them also informed that they are facing problems in getting vaccinated even after registering on govt portals, it stated. Having stayed in Punjab and Chandigarh for more than 20 years, he thought that he could do something for the people of Northeast. That is how the idea of organising a vaccination drive for the people of Northeast staying in Chandigarh originated, it stated.

He expressed gratitude to the medical staff and his own team of volunteers who made the programme successful, it added.