MSF general secretary Hijam Roshan said in a video clip that due to the large hospital bills, COVID-19 positive patients started opting for death instead of getting treatment at private hospitals. 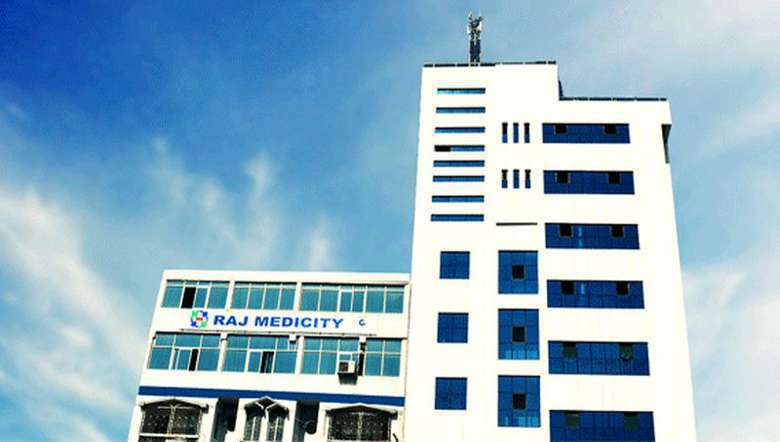 Amid the rush in the hospitals due to the surge in new Covid-19 positive cases in the second wave of the pandemic, several patients and their families in Manipur suffer due to lack of hospital beds, medical aid, oxygen supply, healthcare manpower and exorbitant treatment charges in private hospitals. Several lost thier lives due to the unfortunate prevailing conditions.

One such case was a 52-year-old Irom Maipak of Sagolband Salam Leikai, Imphal West, a national award-winning cinematographer, who wasadmitted at Raj Medicity on May 4 after testing COVID-19 positive and succumbed at the hospital on May 19.

Rita Thounaojam, wife of the patient, narrates the incident to the Imphal Free Press.

The patient party was asked to deposit an amount of Rs 50,000 at the time of admission. The hospital authority also showed the charges of ICU per day and it was approximately Rs 9,800 (excluding charges for oxygen cylinders and other miscellaneous), she said.

After paying the said amount of Rs 50,000, the patient was admitted and continued to stay in the hospital due to a critical condition caused by lung infection. The medical staff started giving oxygen to the patient through a ventilator. As the oxygen cylinders were used hourly, there were no specific charges per day, but the total charges came to around Rs 20,000 to Rs 35,000 in a day. Including ICU charges, the total charge per day was around Rs 30,000 to Rs 48,000. For a few days, the charges got even higher after adding the cost of the steroid (Remdesivir) used, which the hospital charged around Rs 3,800 per shot. Five shots of steroids were given to the patient, Rita added.

After a week, the hospital authority showed a bill of more than Rs 3 lakh and asked to clear it off. They even asked the patient party to shift the patient to another hospital, saying that there is no oxygen cylinder left in Raj Medicity. Soon after, Rs 2 lakh was arranged and paid off and then Maipak continued to stay in the hospital, said Rita.

She continued that on May 18, she received a call from the hospital’s customer care executive that her husband was tested COVID-19 negative and as all the tests for internal organs were normal, he will be shifted to the general ward. As Maipak’s condition was critical , she requested the hospital authority to keep her husband in the ICU and shift him to the general ward only the next morning. However, the staff of the hospital shifted the patient on the same night without the knowledge of the patient’s doctor (Dr Tamphasana Wairokpam). The doctor was informed about the shifting of the patient through a message sent by phone.

The same night before the patient was shifted to the general ward, Rita called up the hospital and the nurse handed over the phone to her husband. In the conversation, Maipak told her that he was feeling absolutely fine and his oxygen level had climbed up to above 90 per cent. He also said that he started eating normally and even managed to climb upstairs.

However, the next morning around 7 am, her husband called her up from one of the patient’s mobile phone in the same ward, she said. He asked her to come to the hospital immediately, saying that he had difficulty breathing. He also said that he was not given oxygen the whole night in the ward and there was no attendant to look after at all. When she reached the hospital, Maipak was already in the ICU. By that time, his oxygen level dropped drastically to 45 per cent and he became unconscious by late hours. Probably, the patient was not kept on observation and no oxygen was given as it should be. The doctor informed that the patient was shifted to the ward without her knowledge and he should be kept in the ICU for a few more days. Maipak was declared dead post midnight of May 19, said Rita.

Rita alleged that her husband did not die due to COVID, but the negligence of the hospital authority "killed" him. She said the death certificate was given at 12:17 pm on May 19, however a few bills were again made at 1:20 pm, saying that those charges were left out in calculation. The total bill for the pharmacy was Rs 74,064. Another Rs 15,200 for four shots of steroids (Remdesivir), which was not paid earlier in cash, was added in the pharmacy bill but not included in the printed bill. Adding up all the bills, including the total hospital bill of Rs 8,02,130, the final amount paid was Rs 8,91,394.

After getting the hospital bills, she had a hard time paying off the amount. When she requested that she pay the bills by money transfer through bank accounts, the hospital authority insisted on taking the money only in cash. The patient party was not allowed to take the body of Maipak until the entire hospital bill was cleared. In the nick of time, she had to arrange the huge amount of money by borrowing from friends and relatives. She even had to sell her jewelleries to make up the total amount of the bills, Rita said.

Another patient, one 75-year-old woman named Khangembam Pishak from Heirangoithong, Imphal West too was admitted at Raj Medicity hospital on May 25. As she was tested positive, she was admitted to the Intensive Care Unit of the hospital on the same day at about 5:17 pm. However, she succumbed to COVID-19 on Saturday.

For the five days of her treatment, the hospital authority charged an amount of Rs 2,71,560 and told the family members of the deceased to take the body after clearing the bills.

The government order issued on May 26, however, mentions that with a view to ensure that reasonable rates are charged by private hospitals for COVID-19 treatment, maximum charge per day for a patient with and without oxygen support in private hospitals for general ward or isolation ward was fixed at Rs 5,000 and Rs 3,000 respectively. For patients admitted in a high oxygen dependency unit, the charge should be not more than Rs 7,000; and ICU with and without ventilator use should be Rs 10,000 and Rs 8,000 respectively.

The order also mentioned that the per day charges should include registration charge, bed charge, nursing and boarding charge, medicine and drugs, oxygen charges, and pathology and radiology test charges.

However, in the order it is also mentioned that high end medicine can be charged separately including cost of PPE.

He further enquired the hospital for utilising the health card during the treatment but he was told that the health card could not be benefited in the said matter. Bantakumar further said there are many other people who may not afford the hospital charges, and the authority concerned needs to strictly look into the matter.

Another COVID-19 patient named Irengbam Nongyai Singh, 83, of Hiyangthang Thongkhong, Imphal West, was also admitted at Raj Medicity. The person was also asked to deposit Rs 50,000 at the time of admission. He was given treatment at the ICU of the hospital from May 20 and he succumbed to COVID-19 on Saturday.

The hospital bill mentioned that Rs 6,000 is charged for ICU per day. It is also mentioned that they charged different rates for each test for the patients. Altogether, the hospital charged Rs 6,38,190 for getting treatment for 10 days.

When MSF enquired the hospital authority, it was learnt that about Rs 3,000 was charged hourly for patients with ventilator support, he added. He urged the authority concerned and Chief Minister N Biren to look into the matter immediately and take swift action against Raj Medicity.