As per police sources, the alleged CBI impersonator has been identified as one Thangjalen alias Thangboi of Gamnomjang Village Churachandpur. 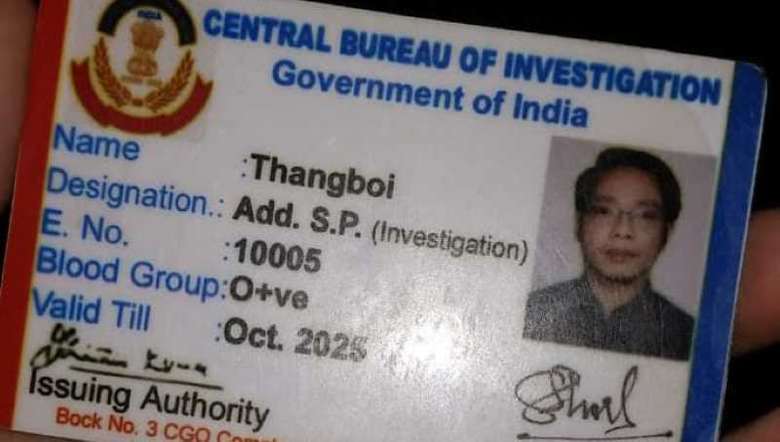 As per police sources, the alleged CBI impersonator has been identified as one Thangjalen alias Thangboi, 38, son of Chongjathang Haokip of Gamnomjang Village Churachandpur.

As he came across as suspicious, he was stopped and detained by the Pearsonmun village Covid Task Force on duty around 7.30 pm and handed him over to the Churachandpur Police.

Churachandpur Police Station has registered two FIR cases against this impersonator and further investigation is being undertaken.

From preliminary investigation, it has come to light that he has been impersonating for a long time and misusing his fake ID card on a number of occasions. He was found to have disrespected police personnel on duty by claiming that he was from the CBI.