Apple variety - HRMN99, developed by a farmer from Himachal Pradesh, is being commercially cultivated in Manipur 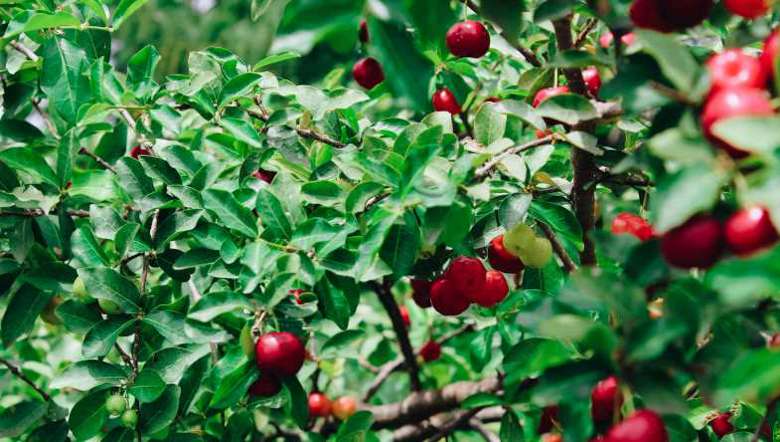 More than 20,000 plants of low-chilling apple variety - HRMN99, developed by a farmer from Himachal Pradesh, are being commercially grown in Manipur today, according to the Union Science and Technology Ministry.

Commercial cultivation of this variety was initiated at 26 farmers' fields at eight different locations of Bishnupur, Senapati and Kakching districts of Manipur in 2015 by the National Innovation Foundation (NIF) along with other institutions wherein farmers were provided the requisite training on best practices for successful apple cultivation.

Commercial adoption of this variety has also been initiated in Jammu, low-lying areas of Himachal Pradesh, Karnataka Chhattisgarh, and Telangana. The North Eastern Region Community Resource Management Project (NERCORMP) under North Eastern Council (NEC), Ministry of DoNER, Govt of India, and NIF had entered into a MoU in November 2020.

In the first phase, 15000 graftings of the variety have been transplanted in Arunachal Pradesh, Assam Manipur, and Meghalaya during January 2021, the ministry said.

But how did the farmer from Himachal Pradesh develop an innovative self-pollinating apple variety that does not require long chilling hours for flowering and fruit setting. The cultivation of the variety - HRMN 99 - has spread to plain, tropical, and subtropical areas in various parts of India, where the temperature is as high as 40-45 ºC during summer, the Union Science and Technology Ministry said.

Hariman Sharma, a progressive farmer, hailing from Paniala village of Bilaspur district, Himachal Pradesh, orphaned during childhood, was adopted and raised by his uncle. He studied till class X and thereafter committed himself to farming which is his main source of income. His interest in horticulture egged him on to grow different fruits like apple, mango, pomegranate, kiwi, plum, apricot, peach, and even coffee. The most interesting part of his farming practice is that he can grow apples along with mango in the same field. He strongly believes that farmers can start raising apple orchards in the lower valleys of Himachal Pradesh and elsewhere too.

In 1998, Hariman Sharma had purchased some apples for consumption from Ghumarwin village, Bilaspur, and had discarded the seeds in his backyard. In 1999, he observed an apple seedling in his backyard, developed from the seeds disposed of by him in the previous year. Being an innovative farmer with a keen interest in horticulture, he could sense that an apple plant growing at a warm place like Paniyala, situated 1,800 feet from sea level, was extraordinary. After a year, the plant started blooming, and he observed fruits in 2001. He preserved the plant as “mother plant” and started experimenting by grafting the scion (young shoot)and by 2005 created a mini orchard of apple trees which continue to bear fruits till today.

From 2007 to 2012, Hariman went around convincing others that growing apples in low chilling conditions is no longer impossible. However, not much interest was evinced in the research and dissemination of the variety. Eventually, the innovative variety was scouted by the National Innovation Foundation (NIF) – India, an autonomous body of the Department of Science and Technology (DST), Government of India. NIF verified the claims of the innovator and evaluated the distinctiveness and potentiality of the variety by facilitating molecular & diversity analysis studies and fruit quality testing.

The NIF also provided financial and technical support for establishing and expanding the nursery, besides aiding the registration of the variety under the Protection of Plant Variety and Farmers Right Act, 2001. During 2014-2019, the Multi-location trials of the variety in low chilling areas across the country were conducted by NIF by transplanting over 20,000 saplings at over 2,000 farmers’ fields and 25 organizations in 30 states, including Rashtrapati Bhawan. Fruit setting has been reported from 23 states, and UT’s so far. These are Bihar, Jharkhand, Manipur, Madhya Pradesh, Chhattisgarh, Uttar Pradesh, Maharashtra, Gujarat, Dadra, and Nagar Haveli, Karnataka, Haryana, Rajasthan, Jammu & Kashmir, Punjab, Kerala, Uttarakhand, Telangana, Andhra Pradesh, West Bengal, Orissa, Pondicherry, Himachal Pradesh and Delhi.

During further analysis and research, it was observed that HRMN-99 plants having 3-8 years of age produced 5 to 75 kg fruits per plant per year in four districts of lower Himachal Pradesh, Sirsa (Haryana) and Manipur. It is bigger in size as compared to other varieties, with very soft, sweet, and juicy pulp and striped red over yellow skin colour during maturity, the ministry stated in a PIB release.

Hariman Sharma has also been conferred a National Award in 2017 during the 9th National Biennial Grassroots Innovation and Outstanding Traditional Knowledge awards by then President of India Pranab Mukherjee at Rashtrapati Bhavan.

A farmer from Manipur also received recognition at various platforms for his outstanding work on adoption of HRMN-99 apple cultivation. Capitalizing upon the ongoing success in Manipur, 200 more farmers commercially adopted the variety, and more than 20,000 plants of HRMN 99 apple variety are being grown in the state, the ministry stated.