Racial discrimination against Northeast community: Recognise it to End it

While many cases of racial attacks and discrimination does not get reported and get dumped, we must realise that people from NE India migrate to metro cities for various reasons. This can and will help in social, cultural and national integration but unfortunately time and again the community is not treated as citizens of the country by some section of people who are supposed to be our countrymen. 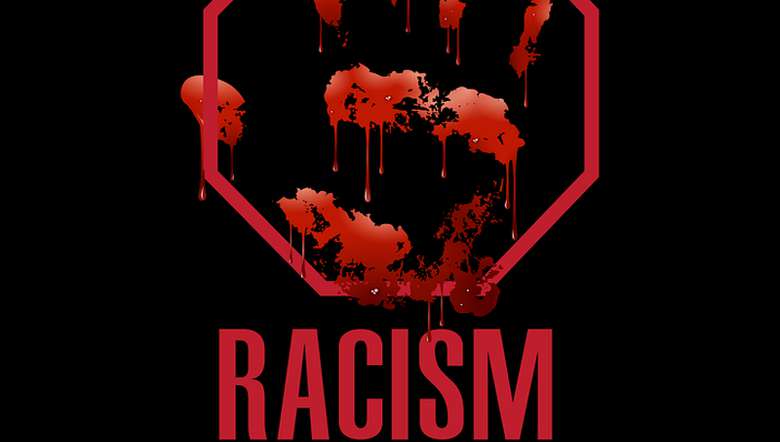 FIFTY odd years ago, on March 2, 1967, India signed the International Convention on the Elimination of All Forms of Racial Discrimination but till this very day, unfortunately, the Northeast community of India continue to be victims of xenophobia and racism by various sections of people in other parts of the country. Over the years, there have been repeated instances and incidents where people from Northeast India faced all kinds of atrocities and racial discrimination, profiling, injustices which every one of us knows is a great threat to national unity and integrity.

In the past few days and while the world is grappling with COVID -19, very disturbing news and videos have been going viral and we once again are pained and sickened by these never ending incidents. We strongly condemn and demand stringent action at the earliest.

The world and the Northeast Indian community are also aware that there have been many cases which does not get reported and get dumped in the gutter for many reasons.  We must realise that people from NE India migrate to metro cities for various reasons. This can and will help in social, cultural and national integration, but unfortunately time and again the community is not treated as citizens of the country by some section of people who are supposed to be our countrymen. When other Indians who moved to other countries were subjected to racial hostilities, the whole country got united in condemning the horrific incidents of racial discrimination and racial violence but surprisingly these same people fail to see, acknowledge or accept what is happening in their own backyard.

Many have always thought the greatness of India lies in its practice of unity in diversity but unfortunately this was not the case, especially in the context of racism towards North East Indian. Unfortunately, people are discriminated because of where they come from, their skin colour, their language and dialects, the food that Northeast people eat or cook etc... the list goes on.

It has become important more than ever that every sensible Indians accept and recognize that there is a genuine problem of racism and discrimination in our country because denying the reality will not solve the problem.

To recognize the discrimination is the first step to eliminate it.

Having spent over a decade working on the concerning issue on the ground level, especially in metropolitan cities, I want to highlight some steps taken and something that we can collectively follow up.

1.      On 31st August 2012, A Standing Order No. 383/2012 was issued by commissioner of Police, Delhi  to tackle the problems faced by students and others from North eastern States in Delhi (Zero Tolerance Policy, Appointment of Nodal Officer, DPNER, Creation of website etc)

2.      On 5th February 2014: Vide order No 11012/110/2012-NE-IV Ministry of Home Affairs (North East Division), Home Ministry Constituted a Committee to look into the various kinds of concerns of the persons hailing from the North Eastern States who are living in different parts of the country, especially the metropolitan areas and to suggest suitable remedial measures which could be taken by the government. On the basis of discussion, we have submitted the final report/recommendation on 11th July 2014. You can check the detail report in the link given below.

4.      On 28th February, 2014 Delhi Lieutenant-Governor constituted a committee to ensure safety of the Northeast community residing in the city. The committee was to identify concrete mechanisms to enhance the safety and security of the community. We have conducted about 5 Meetings.

5.      On 21st July, 2017, Pursuant to the Apex Court Judgment Order dated 14.12. 2016, The monitoring committee was constituted vides MHA order Dated 21.07.2017 and 06.02.2018 to monitor the redressal of issues relating to racial discrimination face by NE people in different part of the country including monitoring of the recommendation of Bezbaruah Committee.  So far we have conducted 8 meetings and the last meeting was on 1st Feb 2021.

6.      On 21st March 2020, MHA issued an advisories regarding of Harassment of People from North East to all the Chief secretaries and DGsP, all States and UTs.

1. Demand for Anti-Racial Law: The most common demand was Anti-Racial Law. India despite having ratified the International Convention on the Elimination of all Forms of Racial Discrimination on 21st December 1965 which came into force on 4th January 1969 is yet to make a law on racial discrimination/ atrocities.

Judicial Division, MHA - Criminal law (Amendment) bill 2015 has included Insertion of new sections 153C and 509A of IPC as recommended by Bezbaruah Committee. This issue has been pending since 2014. MHA have sent reminder to all the states govts for comments and in absence of response it will be presumed that they agree with proposed amendment. We have given our suggestions and repeatedly requested to expedite the matter in our monitoring committee meetings and the reason for delay we get is that the parliamentary Standing committee of home Affairs has recommended the need for comprehensive review of the criminal justice system of the country.

2. Set up Special Police unit and helpline outside Delhi: As part of the Bezbaruah Committee Recommendation Special police recruitment and Special Police units consisting of predominantly of officers from the NE were to be established in metro cities of India so that officers sensitive to racial abuse instances would conduct the investigation and do the prosecution of accused persons. Two Special police recruitment drive has been conducted in Delhi at Constable Level, a Special Police Unit for NE Region, Delhi police was established and a helpline has been set up and the number is 1093. But there is not a single Special Police unit and helpline outside Delhi. We complimented MHA for the excellent system called SPUNER (Special Police Unit for NE Region) and Helpline 1093 but this initiative has not been extended to the major cities of India. Increase in special recruitment of police personnel from Northeast at various levels. Sensitizing the law enforcing agencies including the armies about the people and Culture of North East as part of the training.

3. Facilities of Legal assistance - NALSA and State Legal Services Authorities to empanel Lawyers from NE to provide legal aid and advice to people hailing from North East India. Only DSLSA have empanelled few NE lawyers in Delhi, DSLSA initiative is a good one, it needs to be ramped up and expanded considerably. NALSA should take up this initiative in other states as well. Regarding the Fast Track Court, the Hon’ble High Court of Delhi has informed that in view of meager number of cases, it will not be appropriate to establish Fast Track Court. However, the Hon’ble High Court of Delhi has asked judicial officers for expeditious disposal of such cases.

4. Educating People about North East India - It has been suggested that educational material be made regarding the North-East and this ought to be part of the curriculum in schools and colleges. These books are not only to include in a few instances of the North East history or a few Northeast Heroes in the text books but bringing in the Northeast ethos and the entire gamut of education in a sensible manner. NCERT and UGC have assured in several meetings that this will be taken up but still it has not been materialized. NCERT has published a book on North East India (People history and Culture) as a supplementary book. NCERT to associate with resource persons/ Scholars from NE region to review text books.

The UGC has introduced scholarship to students of graduate and post graduate level (Ishan UDay).UGC have sent advisories to all the Universities that history, geography and culture of North East India should be taught at university level but unfortunately no progress, MHRD should direct the UGC to make binding directions under UGC Act instead of just an advisory. NCERT informed that some chapters on North East India have already been introduced and these are being taught to all the schools affiliated with CBSE. IICSE and Education Board of other states may also be requested to introduce some chapters on the line of NCERT. MHRD to include NE region and people related course component in the teachers/Educators training conducted by NCTE (National Council of Teacher education).

5. Setting up of North East Cultural Centre and Hostel –Apart from the existing NE hostels, the proposal of a hostel at Jawaharlal Nehru University (JNU) has been sanctioned by NEC. As recommended by Bezbaruah Committee, DDA has allotted a Plot in Dwarka, Delhi in consultation with ministry of DoNER and handed over on 14.08.2017 and building construction is in progress under the initiative of NEC for setting up of North East India Cultural centre. A plot has also been allotted in Rohini, Delhi for construction of hostel for students of North East states.

(The Views Expressed are the Writer's Own)