The unbridled trend detrimental to India's unity in diversity

To rein in the menace of racial discrimination in all sincerity, it is time the matter is raised in our social sphere to spread the awareness of it being a vicious social evil. 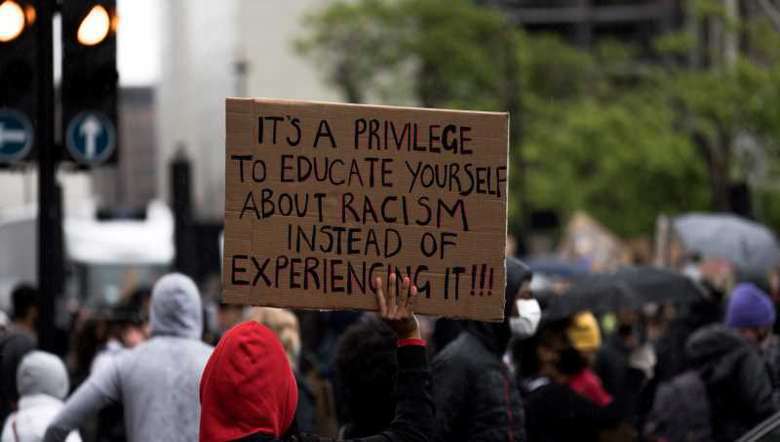 A YouTuber from Punjab recently remarked that ‘Arunachal Pradesh ain’t India enough’ and went on to call a Member of Legislative Assembly (MLA) from the state of Arunachal Pradesh,“Chinese”.  The video story went viral and created a social media storm. There could be many such incidents unreported and silently withstood by the community. Racial discrimination against North-Eastern people in mainland India is nothing new, though new incidents keep occurring.

How could one forget Nido Tania, the boy from Arunachal Pradesh who was beaten to death by shopkeepers in a fight sparked off by taunts on the hair colour of the Arunachalee boy in Munirka, Delhi? Memories of a few North Eastern guys being denied entry in a supermarket in Bangalore allegedly for physically resembling the Chinese and therefore virus carrier though they wore masks and showed them their Identity cards among others are still fresh even after a year of its occurrence. The obvious question that comes to the mind then is, ‘what initiative has been taken to curb the menace?’ or to put in a different perspective, why is no effective step taken by the authorities concerned to eradicate racial discrimination against people hailing from Northeast states?

The  discrimination case involving a young YouTuber from Punjab reveals an uncomfortable trend among some miscreants hailing from mainland India to use discriminatory words to humiliate and subjugate their North Eastern counterparts. Today the voice of dissent is rising and often raised in various social media platforms. However, racial attacks continue and these discriminatory psyche and misconducts stem from the comfort in the belief that such incidents do not attract any fearful consequences. It is thence commendable on the part of the Arunachal police to pursue the case with utmost seriousness to book the culprit and thereby send a stentorian message to the public. This effort of the Arunachal Pradesh police in collaboration with the Punjab police should be emulated by other states to give nothing away in cases of discrimination against people from North East India if the intent is to sincerely address the issue. And, it is high time. The hundreds of communities hailing from the eight Northeast states and living in mainland India have suffered far too long.

Geographical and physical differences should not be allowed to be misused as an opportunity to alienate certain groups or divide the people of India. Discrimination has the dangerous potential of sowing seeds of disunity and is detrimental to the integrity of the country which boasts of its great diverse features that makes up ‘Incredible India’.

While there are countless instances of racial slurs against the Northeast community, it is worth remembering that a year ago, an animal activist from the mainland had called Nagas ‘Chinki’. The activist was booked by the Nagaland police and brought to Kohima to face trial. The accused did apologise and appeared remorseful and seemed to have learned her lesson. She was later released and it is highly doubtful the person will repeat the same mistake again. But the crux of the matter is, is the punishment awarded exemplary enough to discourage others from committing similar crime. It is in this aspect the effort of the Arunachal police to nab the YouTuber despite his apology, that deserves adulation from all concerned citizens.

Racial discrimination is too serious a matter to be dismissed with a note of apology. More stringent actions should be awarded to discourage potential discriminators.

At a time when the nation is reeling under the severe impact of the second wave of the Covid-19 pandemic that has claimed so many lives and impacted all lives, it is unthinkable as to how a feeling of hatred and enmity could be developed against one’s own countrymen.

We, citizens of proud India, should hang our heads in shame and introspect to address the issue effectively. The challenge now is to create awareness and find a solution to put an end to this untamed humiliating culture, lest people from the Northeast continue to suffer in the hands of ignorant people.

Not all victims have the blessing like the MLA of Arunachal Pradesh whose case has the close supervision of Union Minister Kiren Rijiju. That timely intervention of the minister could be the main reason for the swift punitive actions. Should all incidents of crime against North-Eastern Indians be then allocated to ministers for timely action?

The Government has taken a commendable step of forming the North East helplines to specifically attend to the concerns of North Eastern people in a few metropolitan cities, including Delhi, Bangalore and Mumbai. Considering the rise in crime against NE people in various places, is it time to ponder the possibility of installing NE helplines in all states of the country?

While the Government is spending its time and energy to thwart off China’s claim of a part of a state in North East India, calling names like ‘Chinese’ to our North Eastern brethren, in addition to it being a crime, is tantamount to promoting China’s propaganda.

Ironically, there are sizeable Northeasterners among the Indian Army personnel valiantly manning our borders to avert external aggressions including that of China’s. It is a tragedy that Northeasterners, despite rendering their selfless service to the nation are rebuked and not treated as ‘equals’ by many people.

To rein in the menace of racial discrimination in all sincerity, it is time discussion on the matter is given due space in our social sphere to spread the awareness of it being a vicious social evil. Giving paramount importance to the issue is a pressing necessity that merits the collective endeavour of concerned authorities and the general public.

The initiative warrants policies and actions are devised by taking into account the grave ramifications racial discrimination has, beyond the concerns of North-Eastern Indians. In all the cases involving discrimination of NE people, the victims are not just those directly affected; India as a country that celebrates diversity is the main victim.