Manipur Congress spokesperson Ningombam Bupenda Meitei questioned the state government as to who will bear the costs of Covid treatment for the poor in private hospitals when the costs become higher than the financial limits given by PMJAY and CMHT. 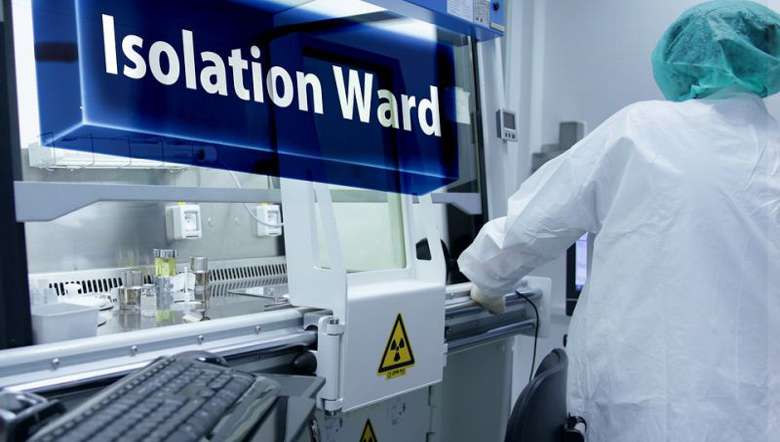 Manipur Pradesh Congress Committee (MPCC) on Thursday advised the state government to ensure free treatment of all the Covid patients in the state.

MPCC claimed that the recent state government’s order on capping the costs of treatment in private hospitals will not be possible to give dignity of life to the poor and the needy during war like situation in COVID pandemic.

In a virtual press briefing held on Thursday, spokesperson of MPCC Ningombam Bupenda Meitei questioned the state government as to who will bear the costs of Covid treatment for the poor in private hospitals when the costs become higher than the financial limits given by PMJAY and CMHT.

Bupendra questioned whether the BJP government will allow an individual to use the benefits of both PMJAY and CMHT and how many such beneficiaries have been treated for Covid under PMJAY and CMHT in the 1st wave of the pandemic. He said that PMJAY under Ayushman Bharat had already commenced from April 4, 2020 by National Health Authority, Government of India.

The spokesperson also questioned whether Rs 2 Lakhs under CMHT or Rs 5 Lakhs bear the entire costs of Covid treatment in a family of two or more Covid patients in one year.

Bupendra said, “Why PPE kits costs are not included in the capping of the costs of COVID treatment. Why are the poor forced to buy Remdesivir at Rs. 3,400 when the poor could not earn even Rs.1000 in a month during lockdown like restrictions in Manipur.”

Under Section 12(iii) of the Disaster Management Act, 2005, every family whose member died due to disaster is entitled for ex-gratia compensation of Rs 4 lakh, he said.

Since COVID-19 has been declared as a disaster and as per the said order, every family whose member dies due to disaster is entitled for ex-gratia compensation of Rs 4 lakh, he added. “Will the BJP Government in Manipur wait till the Supreme Court orders for the compensation of the COVID deaths?” Bupendra questioned.

The state government must ensure fixed price, considering the poor’s pockets, on Covid tests in private laboratories or any relevant private establishments he said while adding that the number of daily vaccination percentage for the age group of 18-45 in Manipur should be increased by aggressively robust allocation of vaccines in all the 16 districts of the state.

Bupendra also questioned the BJP government whether it is prepared to buy vaccine doses on its own under the Modi government’s liberal policy on vaccines or whether it will rely only on the vaccine doses which are to be allocated from the Centre for Manipur.

The spokesperson also demanded establishment of live tracking of oxygen demand, supply and distribution in all the 16 districts of the state, by additionally having an oxygen auditing mechanism by a third party.

Bupendra said the Union Minister of DoNER Jitendra had an urgent meeting with all the health secretaries of the eight Northeast states of India, as reported on PIB dated May 25. As per the report, the minister in the meeting, referred to support given by Japan and UNDP for installation of Oxygen plants in each of the eight north east states, he added.

“BJP government’s lies are further exposed by the recent inauguration of Covid hospital building which was constructed as TB (Tuberculosis) Hospital during the Congress government,” he added.

The state government should have honestly dedicated the TB Hospital to the people in such a way that the TB Hospital’s infrastructure could be used temporarily for treating COVID patients, said the MPPC spokesperson.

He further added that the CLP leader and opposition leader Okram Ibobi’s statement that the present BJP government will not be able to finish inaugurating all the yet to be completed programmes of the previous Congress government in five years, is being vindicated by the recent inauguration of the original TB Hospital as Covid care centre.

"Many PILs have been heard in the Supreme Court and High Courts of our country to ensure the fundamental rights, in the form of Article 21, Right to Life, for Covid patients during Covid pandemic. As such, it appears that unless the courts intervene, the Centre and the state government are not proactive enough to tackle the second wave of COVID," said Bupendra .