As many as 813 new COVID-19 positive cases were recorded in Manipur. 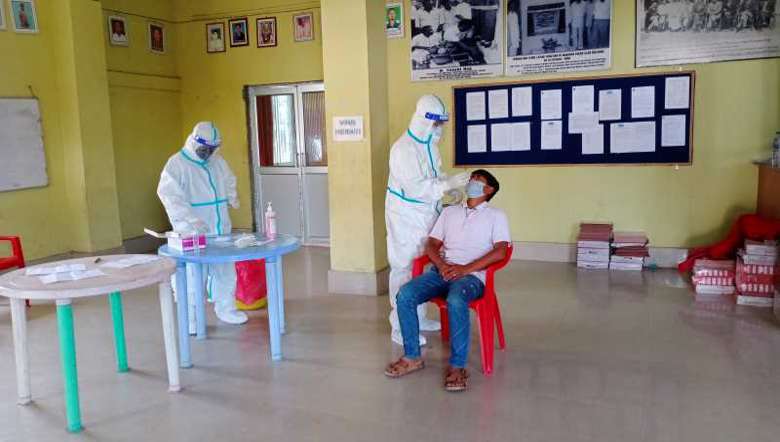 Manipur's COVID-19 tally on Thursday crossed the 47000-mark while the death toll mounted to 748 with 18 more fatalities in a span of 24 hours, according to the latest update by the state health department.

Of the 18 COVID-19 fatalities recorded in the state on Thursday, five deaths each were from Imphal East and Kakching, four from Imphal West, two from Churachandpur and one death each was reported from Kamjong and Tamenglong, a release issued by the COVID-19 Common Control Room stated.

As per the release, Imphal West continued to report the highest number of daily cases at 300, followed by Imphal East at 169 and Churachandpur at 109. The other new COVID-19 cases included 57 from Kaching, 53 from Bishnupur, 33 from Thoubal, 24 from Senapati, 17 from Jiribam, 12 each from Tengnoupal and Kangpokpi, nine from Tamenglong, six from Chandel, four from Kamjong, while one COVID-19 positive case is from the Central Armed Police Force (CAPF), it stated.

The state also recorded 576 new recoveries, pushing the cumulative number of recovered cases to 38,901. The number of COVID-19 active cases in Manipur stands at 7,462 while the recovery rate is 82.57 per cent, the release stated.

A total of 3,67,655 people have been inoculated with COVID-19 vaccine in Manipur, as per the latest update.