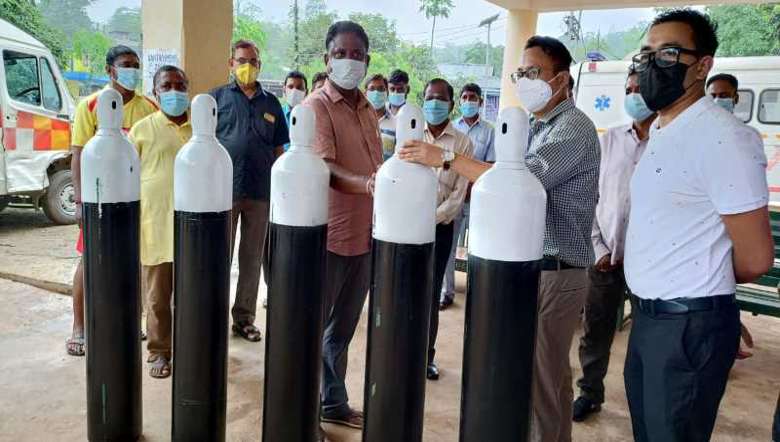 Speaking to the media at Moreh Hospital, V Shekhar said that it is not easy to get the required oxygen in Moreh in case of emergency as the town is located at the remote Indo-Myanmar border and far from the state capital.

“So, we procured the oxygen cylinders from Myanmar and donated them to Moreh hospital for use if and when required,” he said.

Dr Manoranjan conveyed his appreciation for the initiative taken up by Tamil Sangam and BTCC.

Expressing gratitude to BTCC and Tamil Sangam Moreh, president of Meetei Council Moreh  M Thoiba said, “Moreh being 110km away from the capital city, the oxygen cylinders can be used in different cases when in need.”

MLA of Tamenglong assembly constituency D Korungthang also expressed his thanks to BTCC for the initiative taken up. “Moreh being a mini India cosmopolitan town, the people of the town should work together to fight against this deadly disease,” he added.