Ten more fatalities were recorded across the state in a span of 24 hours. 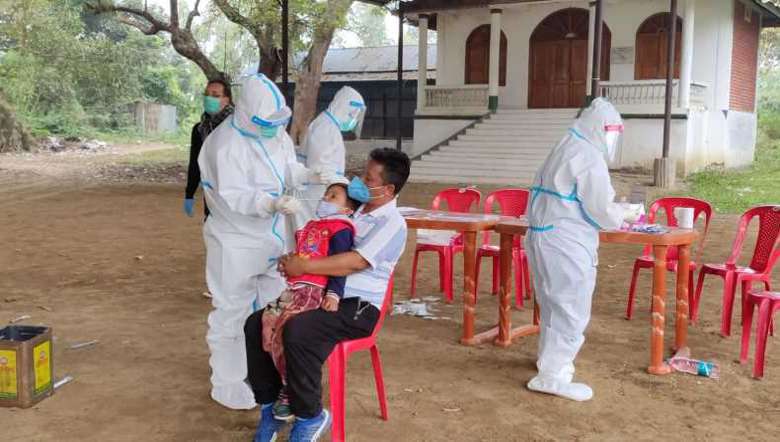 Manipur on Wednesday recorded 847 new COVID-19 positive cases, the highest single-day spike this year, while 10 more fatalities were recorded across the state in a span of 24 hours, the state health department said.

While the state's COVID-19 confirmed tally reached 46,298, the death toll mounted to 730 on Wednesday.

The new COVID-19 cases included 825 from the general population and 22 personnel from the Central Armed Police Force (CAPF), a release issued by the COVID-19 Common Control Room stated.

Among the new positive cases from the general population, Imphal West continued to report the highest number of daily cases with 301, followed by Senapati with 147 and Imphal East with 146. The remaining cases included 56 from Bishnupur, 50 from Kakching, 37 from Thoubal, 23 from Churachandpur, 21 from Tamenglong, 14 from Jiribam, eight from Pherzawl, six from Kangpokpi,  five from Ukhrul, four each from Tengnoupal and Kamjong, two from Noney and one from Chandel, according to the release.

As per the release, Imphal West and Imphal East reported four deaths each, while one death each were reported from Bishnupur and Kangpokpi.

A total of 3,55,793 people  have been administered COVID-19  vaccine in Manipur, as per the latest update.