The Fit India Campaign Committee and the Fit India Club, Manipur University on Tuesday organised a virtual national talks on ‘Diabetes – Its Complications and Management during Pandemic’.. 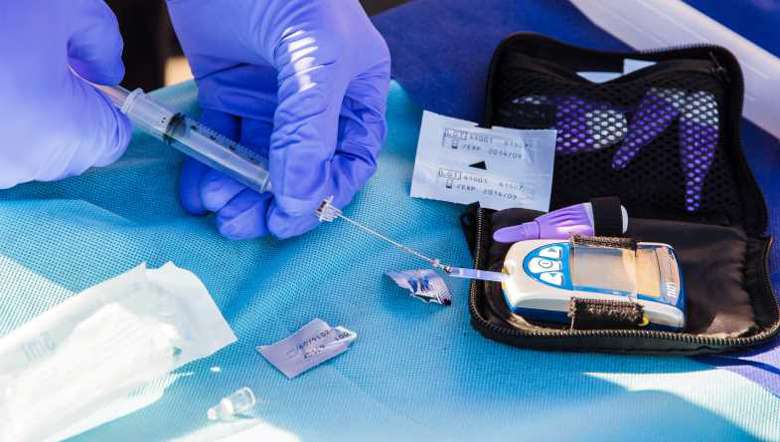 Diabetes, which is one of the most common chronic disease in the  world today is much more prevalent in urban areas than in rual India, diabetologist and metabolic physician Dr Rupam Choudhury of Apollo Clinic, Guwahati, Assam, said on Tuesday.

“Diabetes prevalence is much higher in the urban areas than the rural areas. IDF estimates that there are 72.9 million people with diabetes in India in 2017 with almost 35.5 million people in India with diabetes being unaware of their diabetic status,” Dr Choudhry said during a virtual national talks on ‘Diabetes – Its Complications and Management during Pandemic’.

The Fit India Campaign Committee and the Fit India Club, Manipur University have been conducting various activities with MAMI TV as media partner, a release stated.

Dr Choudhury mentioned that like COVID-19, diabetes itself is a pandemic. He said that diabetes is no longer a disease of only the older adults, but it is present among the younger age also. He observed that in these modern days, there are one or two diabetes patients in every family, the release stated.

The diabetologist also explained about various types of diabetes, causes, signs and symptoms and complications, while observing that 90 per cent of people with Type 2 Diabetes are overweight or obese.

Dr Choudhury also discussed about Black Fungus and mentioned that it occurs in approximately 50 per cent of the cases in individuals with Diabetes Mellitus, it stated.

With special regards to the prevailing pandemic, he expressed that diabetes reduces the immune response and therefore, people with DM should take maximum care, the release stated.

A diabetic individual should take the Covid vaccine but before vaccination, the sugar level should be controlled. Both the available vaccines – Covaxin and Covishield can be taken, it added.

Even after recovery from COVID-19, diabetes may face severe weakness for 1-2 months, it stated, adding too much intake of carbohydrates in our food should be reduced.

Diet, exercise, inner transformation and medical supports are the success mantra for diabetes, it added. Minimum 30 minutes of moderate exercise for five days a week can keep your diabetes under control, it mentioned.

The programme concluded with a question-answer session and vote of thanks from convenor Dr Laishram Santosh Singh. He also requested all the participants to take part in the next session to be held on May 28 at 11 am, it added.