The COVID-19 death toll in Manipur on Tuesday mounted to 720 with 15 more fatalities. 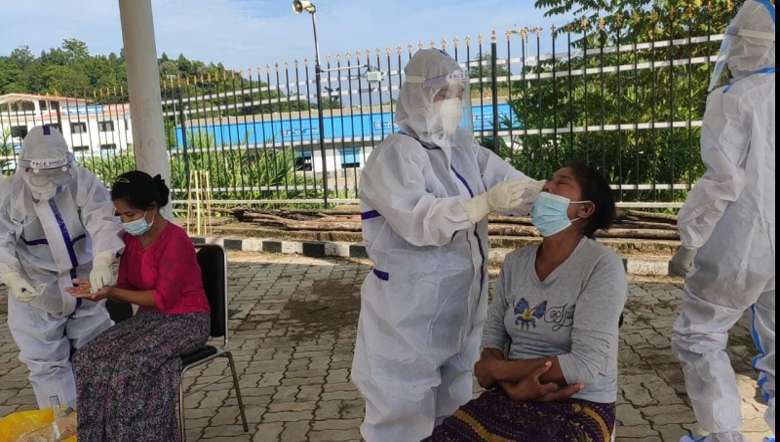 Manipur's COVID-19 confirmed tally on Tuesday crossed the 45000-mark with the highest single-day spike of 824 positive cases in a span of 24 hours, according to the latest update by the state health department.

With these new positive cases, the cumulative number of COVID-19 positive cases in Manipur soared to 45,451, while the death toll mounted to 720 with 15 more fatalities, it added.

Among the new COVID-19 positive cases the highest number of daily cases was reported from Imphal West with 361, followed by Imphal East with 168 and Kakching with 92. The other new cases included 67 from Churachandpur, 43 from Bishnupur, 36 from Thoubal,  16 from Ukhrul, 15 from Senapati, eight from Pherzawl, seven from Tamenglong , four from Tengnoupal, three each fromKamjong and Chandel and one from Noney, a release issued by the COVID-19 Common Control Room stated.

As per the release, of the 15 fatalities recorded in the state, nine deaths were reported from Imphal West, three deaths were from Imphal East and one death each from Bishnupur, Kakching and Thoubal.

The state also recorded 468 more recoveries, pushing the cumulative number of recovered cases to 37,946. With it, the number of active cases is 6,785 and the state's recovery rate is 83.48 per cent, it stated.

A total of 3,52,651 people  have been administered COVID-19  vaccube in Manipur, as per the latest update.