The total number of COVID-19 positive cases in Manipur has risen to 898 of which, 648 are active cases. 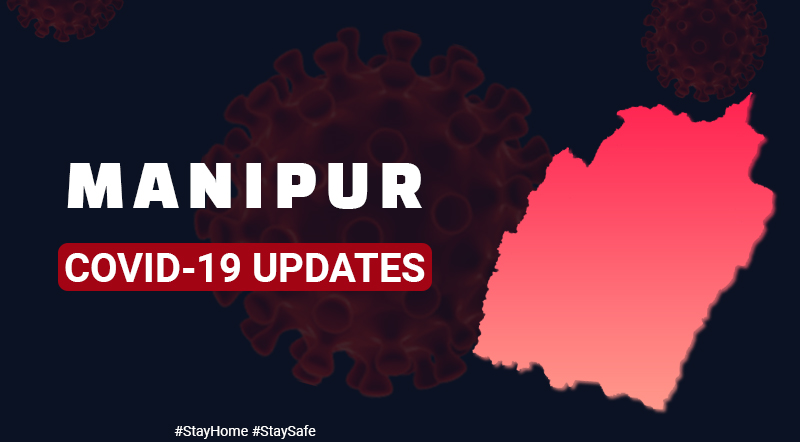 The onset of lateral transmission of COVID-19 in Manipur has become clear as five healthcare workers tested positive for COVID-19.

Altogether 57 more persons were confirmed COVID-19 positive in the last 24 hours, including five are healthcare workers with no travel history, the state health department said on Monday evening.

According to a release issued by the state COVID-19 Common Control Room, two medical officers and three nurses, one deputed at Bishnupur District Hospital and two nurses from GBC Staff Quarantine Centre, Churachandpur tested positive for the virus.

The cumulative number of positive cases in healthcare workers is six, including the nurse from Churachandpur, who has recovered.

The release, however, clarified that there is no community transmission so far.

Of the 52 others who tested positive for COVID-19, three were from Bishnupur, 21 from Chandel, eight from Churachandpur, one from Imphal East, 10 from Kakching, three from Kamjong, two from Kangpokpi, four from Tamenglong, one from Thoubal and four from Senapati, it said adding that they are being shifted to Covid Care facilities.

With this, the total number of positive cases in the state has risen to 898 of which 648 are active cases.

Meanwhile, Chief Medical Officer of Bishnupur Dr L Gojendra, in a release informed that all the staff on duty in the district hospital are kept in isolation in the hospital premises itself.

The District Hospital, Bishnupur was converted to COVID-19 ward on June 8 when 34 inmates of Diligent High School, Moirang became positive. A total of four doctors and five nurses were on duty from June 8-15, two medical officers and one nurse were confirmed COVID-19 positive on June 21 night, intimated the CMO.

“We are in the process of investigating the source of infection. The possibility of infection from outside the hospital before they were put to duty is also investigated,” added the CMO release.

The CMO also informed that samples of 13 staff of the district hospital and 21 other staff involved in sample collection and screening have also been tested so far.

The positive staff of the district hospital are asymptomatic and have been transferred to RIMS for further managemet, it added.