The Panchayat Parishad stated that the released amount was not sufficient enough to pay wages of the job card holders. 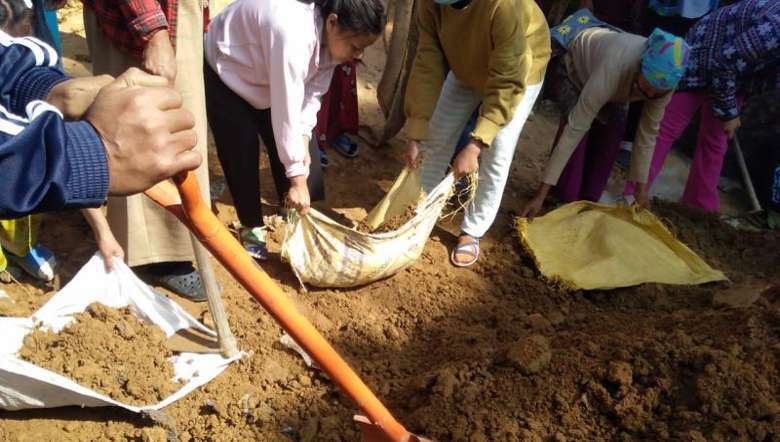 Representatives of District Panchayat Parishad Imphal West on Monday declared that they will not accept the funds amounting to Rs 160 crore released by the state government under under the Mahatma Gandhi National Rural Employment Guarantee Scheme (MGNREGS) for the Panchayat Raj Institutions (PRI) on Friday.

The amount that has been released will not be sufficient enough to pay the wages of the job card holders, stated a release from the office of the District Panchayat Parishad Imphal West.

Besides, the released amount is lesser than the amount as per the agreement reached between the minister of Rural Development and Panchayati Raj Th Biswajit Singh and the representatives of the Manipur State Panchayat Parishad on April 24, it added.

The release added that the total expenditure of the PRI in the state for the year 2020-21 has been fixed to a total of Rs 650.81 crore and therefore, the release amount of Rs 160 crores will not be sufficient enough to pay the wages of all the job card holders.

Such a situation can be a factor in creating misunderstandings and conflicts among the Zilla Parishad, Pradhan, ward members, job card holders and MLAs concerned, it added.

The release further stated the Panchayati Raj minister must clarify as to why the state's share from the funds of Rs 485,50,75,000 released by Ministry of RD and PR on March 18, 2021 has not been released till date.