The Central Ministry had allocated a sum of Rs 485 crore as MGNREGA funds but that has not reached the PRIs and job card holders till date, the Panchayati Raj Institutions (PRIs) of Imphal East and Imphal West districts stated. 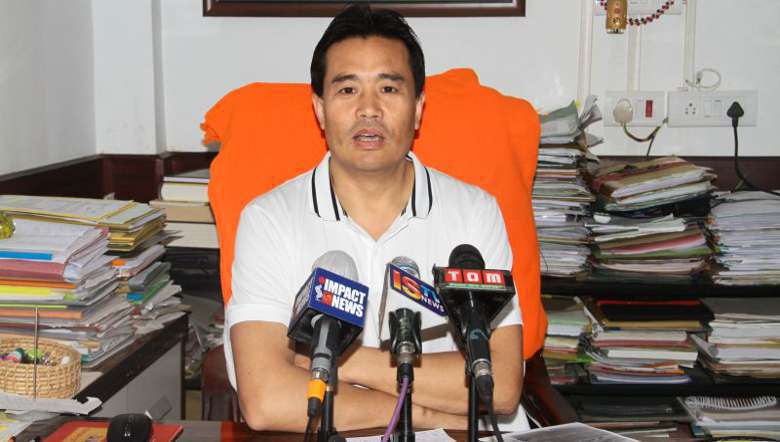 The Panchayati Raj Institutions (PRIs) of Imphal East and Imphal West districts on Sunday alleged Rural Development and Panchayati Raj Minister Th Biswajit for failing to release due funds meant for the PRIs and MGNREGS job card holders in time as agreed upon earlier, and expressed their condemnation of the inaction by the minister.

On March 18, the Central Ministry had allocated Rs 485 crore MGNREGA funds, but it has not reached the PRIs and job card holders in the state till date, stated a release signed by three officials of the PRIs.

It stated that during a meeting held on April 24, which was attended by Th Biswajit, the president and secretary of panchayat parishad along with representatives of adhoc Committee, an agreement was reached that 50 per cent of the due amount to be released before April 30 and the rest before May 20.

The amount of Rs 160 crore that was released as MGNREGS funds for job card holders by the minister on Saturday is an attempt to deceive the public, it stated, mentioning that the due amount for the PRIs is Rs 6,5081.4 crore.

It further stated that the PRIs would not accept the sum released on Saturday and alleged the authorities concerned of trying to show PRIs in the wrong light through social media platforms.

Stating that the works done by the job card holders are based on demand, the release also questioned how the limited funds can be distributed equally when every ward has their due amounts for the works done in 2020-2021.

Considering the sufferings faced by the public due to the COVID-19 pandemic, the PRIs urged the authority concerned to release the due amount at the earliest in the interest of job card holders, it added.