MPCC distributed oxygen concentrators and ambulances to its district-level Congress committee on Friday to mark the 30th death anniversary of Rajiv Gandhi. 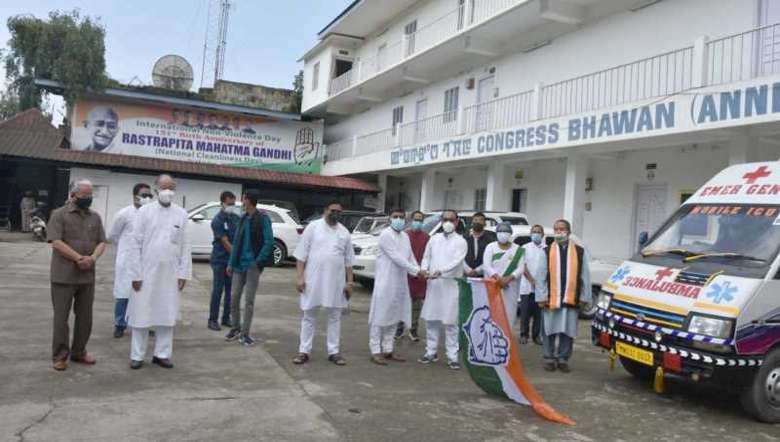 As per sources, the MPCC leaders in the presence of CLP leader Okram Ibobi Singh, MPCC president Govindas Konthoujam handed over 10 oxygen concentrators and four ambulances to the members of district-level committee to help fight the pandemic.

The CLP also appealed to the public to follow SOPs so that the state can overcome the pandemic.