Six student bodies, in a memorandum, stated that the absence of a regular vice chancellor has hampered the appointment of regular teaching and non-teaching staff, procurement of laboratory equipment and library books which are crucial for conducting online/offline classes for the students. 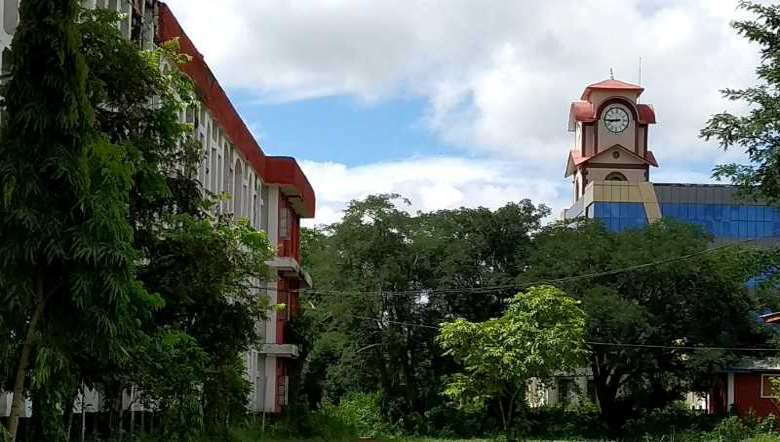 The memorandum stated that the absence of a regular vice chancellor has hampered the appointment of regular teaching and non-teaching staff, procurement of laboratory equipment and library books which are crucial for conducting online/offline classes for the students.

Besides, even providing minimum facilities in the hostels and class rooms of various departments of the university are being hampered due to the absence of a regular vice chancellor since June 2018, it stated.

It added that the university has not been holding its court meetings and convocations since 2015, and therefore, the concerned circumstances need immediate attention for necessary action.

The Manipur University which was established in 1980 by an Act of State Legislature was converted into a Central University by a Parliamentary Act on October 13, 2005.

The incumbent vice chancellor was dismissed by the visitor of the university in February 2020 and the post was advertised for regular appointment in March 2020, it added.

Since November 2018, the university had been under the control of a court appointed administrator till November 30, 2020 after the High Court of Manipur discharged the vice chancellor from his responsibility, the memorandum stated.

The university, since December 10, 2020 has been under the control of two vice- chancellor in charge, the present one succeeding the earlier on February 1, 2021 after his superannuation, it mentioned.

The Ministry of Education had conducted an interaction programme of the short listed candidates for appointment of a regular vice-chancellor of the university on august 19 and 20, 2020, it stated.

The committee had submitted a panel of candidates to the Ministry of Education. However, the appointment has not been finalised till date, thereby creating academic and administrative problems and adversely impacting the teaching learning process of the university, it added.

Meanwhile, condemning the authority concerned for not appointing a regular vice-chancellor since the last two years, the Kanglei Indigenous Martial Arts and Cultural Society (KIMACS) also urged Chief Minister N Biren Singh and MPs of the state to approach the Union Human Resource Development Ministry in this regard.

A release by KIMACS education secretary Malemnganba Takhelambam stated that the regular post of VC for Manipur University has been lying vacant since the last two years. The Ministry of HRD had conducted DPC interviews to appoint the said post on August 19 and August 20, 2020. However, it is unfortunate that the result is still not declared.

The chief minister and MPs of the state should approach the HRD ministry to speed up the process of filling up the post of VC, it added.

The absence of regular VC has crippled the university with no further development and many other important posts are lying vacant. Moreover, funds from various related ministries have stopped releasing and construction works are halted. The university is lagging far behind from other central universities and it is high time to appoint a regular VC without much delay, the release said.

It continued that the regular post of VC was vacant since AP Pandey was removed on various allegations on November 18, 2018. The High Court of Delhi gave final judgement on April 8, 2021 as per case filed by AP Pandey in connection charges made upon him. The court also declared that there is no point to resume him as VC of the university. As everything is clear and settled, the authority concerned should appoint the VC at the earliest.

Though the state is having a tough time in tackling the ongoing COVID-19 pandemic, the present issue of the university should not be left aside, it added.