A total of 656 persons tested positive for COVID-19 in Manipur in 24 hours. 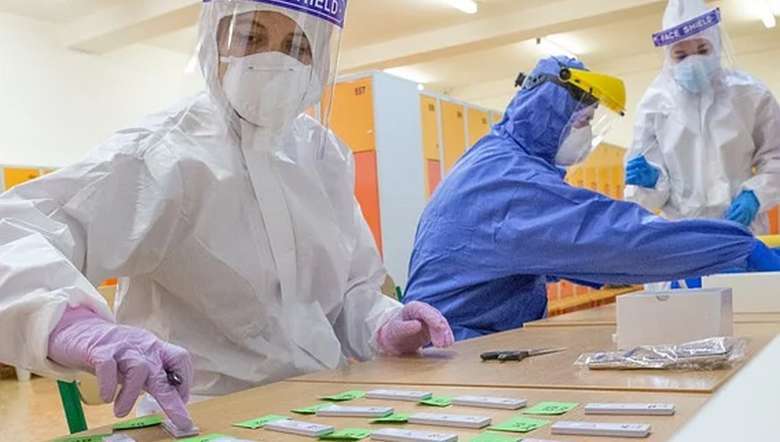 COVID-19 positive cases in Manipur crossed the 42000-mark on Friday as 656 more people tested positive for the novel coronavirus, while the death toll moved up to 661 with 15 more deaths in the last 24 hours, according to the state health department.

With the new positive cases, the state's COVID-19 caseload reached 42,565.

The new COVID-19 positive cases included 654 from the general population and two personnel from the Central Armed Police Force (CAPF), a release issued by the COVID-19 Common Control Room stated.

Among the new positive cases from the general population 288 cases are from Imphal West, 157 from lmphal East, 71 from Churachandpur, 45 from Kakching, 39 from Bishnupur, 12 from Thoubal, 11 each from Ukhrul and Kangpokpi, eight each from Chandel and Senapati, three from Tamenglong, and one from Tengnoupal, according to the release.

The state also recorded 676 new recoveries, pushing the cumulative number of recovered cases to 35,606. With it, the state's recovery rate stands at 83.65 per cent and the number of COVID-19 active cases in Manipur is 6,298, it stated.

It further stated that of the order of 2,000 D type cylinders placed by the state government to a manufacturer in Gujarat, the first consignment of 250 D type cylinders have arrived and received at Silchar. The funding of these 250 cylinders is through the CSR contribution of NHIDCL, it stated, adding that 182 Type-D oxygen cylinders were received at the Airforce base in Silchar by the government. Out of these, 105 are donated by SELCO foundation while remaining procured by Deputy Commissioners Kamjong, Churachandpur and Tamenglong.

As per the latest update, a total of 3,35,396 people have been administered COVID-19 vaccine in Manipur.