A question mark on accountability

IFP Editorial: The state oxygen management team should also monitor and track proper usage of oxygen supplied besides projecting the state’s total oxygen requirement in the future and plan accordingly. 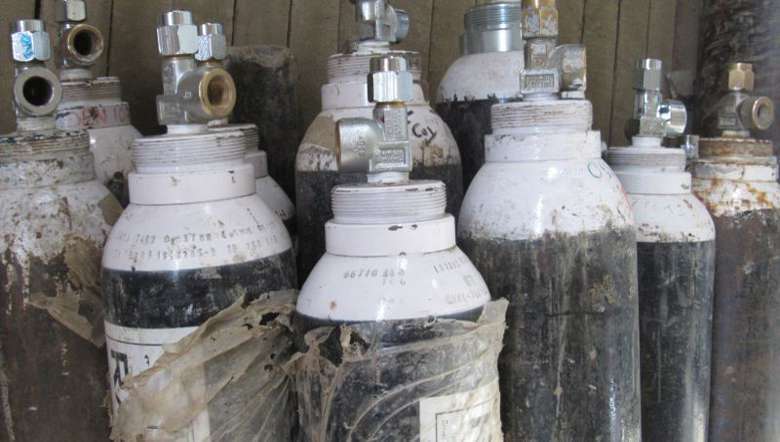 One thing is for sure. The Manipur government does not take kindly to hospital authorities speaking on inadequate oxygen supply. At least, two hospitals were made to take back notices limiting operations or admissions after giving ‘assurances’ of adequate supply from the government end. We know from various social media posts that the state government is doing everything in its power to set up PSA oxygen plants in the public hospitals with central aid and augmenting supplies from outside the state by deputing an MLA. On Wednesday, equipment for the installation of oxygen plants at Churachandpur and Thoubal districts and 10 oxygen concentrators for distribution to different hospitals arrived at Imphal from Delhi by an Indian Air Force flight. The two PSA oxygen plants are being set up with assistance from the Union Ministry of Health and Family Welfare. The Churachandpur unit will have the generation capacity of 200 litres per minute (LPM) while the plant of Thoubal will be of 100 LPM. Another 10 KL LMO Cryogenic tank capable of storing 1,300 jumbo cylinders will be installed and operationalised in a few days. We had suggested the opening of state oxygen plants to prepare for the third wave as the state is at present relying on two private oxygen plants for supply of medical grade oxygen in the name of health emergency by facilitating uninterrupted power supply. The state cannot forever depend on the private plants, as they have to get back to producing industrial grade oxygen once the crisis is over.

This was stated by Advocate General N Kumarjit, during the hearing of a PIL filed by advocate Naresh Maimom in the Manipur High Court. As per the newspaper advertisement titled ‘Manipur Oxygen Supply Update’, the state constituted a state oxygen management team to track oxygen consumption and supply on a 24x7 basis. The Supreme Court had passed an order to constitute a national task force to formulate methodology for scientific allocation of medical oxygen to states, UTs among others. While the high court lauded the state’s interim measures, it underscored the Supreme Court order which required the committee at the state level to determine accountability with regard to utilization of the oxygen supplies made. However, the AG informed the court that there was no mechanism in place to monitor how the oxygen supplies made to hospitals are being utilised.

The basic question is, why was the state oxygen management team originally instituted for and what is its mandate? Normally, the mandate of such a team should not only be regulating and facilitating 24x7 supply of medical oxygen to hospitals, but also to monitor and track proper usage of such oxygen supplied besides projecting the state’s total oxygen requirement in the future and plan accordingly. When such an important task is forgotten, the state finds time to put restrictions on donation of oxygen by private individuals or organisations. This speaks volumes on its focus. The state has to clean up its act first before venturing on private donations.