The former MLA from Oinam assembly constituency was admitted to Shija hospitals on May 16 after he tested positive for COVID-19. 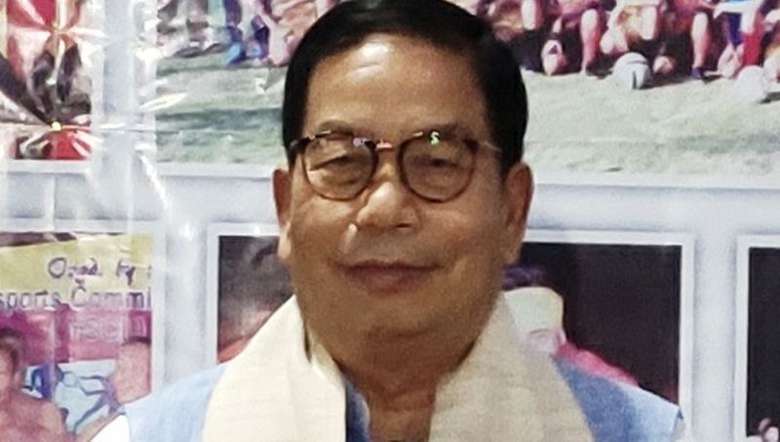 The former MLA from Oinam assembly constituency was admitted to Shija hospitals on May 16 after he tested positive for COVID-19. He died around 4:45 pm.

Ibohalbi Singh was elected to the Manipur Legislative Assembly in 2012 from Oinam assembly constituency on All India Trinamool Congress ticket.

“I am deeply aggrieved to learn about the sad and untimely demise of Dr Irengbam Ibohalbi Singh. Ibohalbi began his political career from Manipur People's Party (MPP) and then joined All India Trinamool Congress (AITC), Indian National Congress (INC) and North East India Development Party (NEIDP). During his stint as legislator, he was the ever-vigilant voice of the opposition. He was meticulous in his arguments and a great orator," CM Biren stated in his condolence message.

On his demise, the state has lost a great leader and a valiant politician who contributed beyond measure for the betterment of the society. His departure has left a huge void in state politics. On behalf of the government, I convey my deepest condolences and share grief with the bereaved family and pray that God may give them the strength to bear this great loss,” it added.

An obituary letter issued by president of MPCC Govindas Konthoujam extended condolence to the family members of late Ibohalbi.

The letter stated that Ibohalbi, a doctor by profession became a politician and he was elected from 25 Oinam assembly constituency in the year 2007 and 2012.

Ibohalbi was a founder member of Bishnupur Lions Club and held many positions in social organisations during his lifetime, it stated. MPCC remembers his contribution to the Congress party and the people of Manipur, it added.

MLA Langthabal assembly constituency Karam Shyam also stated, “as a politician his contributions and inspirations to the people of Manipur would be remembered forever. His sudden demise is a great loss of the state. My deepest thoughts are with the family members of the departed soul. May his gentle soul rest in peace.”