The two former ministers died of COVID-19 on Monday. 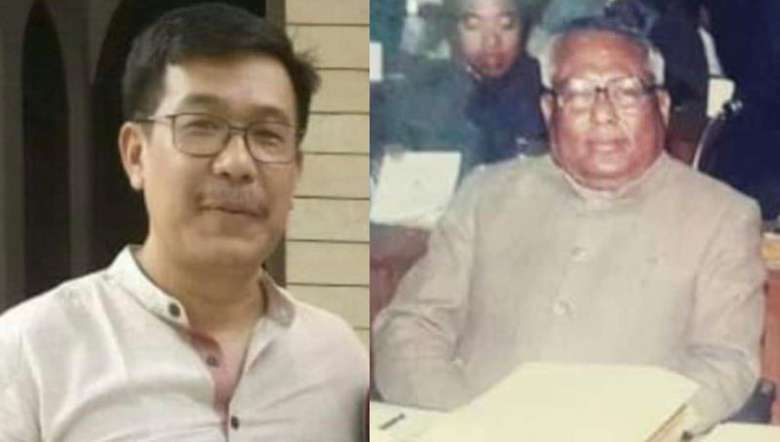 CM Biren stated that he is deeply aggrieved to learn about the sad and untimely demise of Vivek Raj Wangkhem. He was elected to the Manipur State Legislative Assembly in 2002 from Kshetrigao assembly constituency and also served the people of the state as minister, it added.

Vivek Raj Wangkhem was son of former MLA of Kshetrigao assembly constituency and film actor late Basanta Kumar Wangkhem. He was the national general secretary of National People's Party (NPP), it stated, adding he had a remarkable record of good service and good works.

He was a leader whose humility, contributions and generosity will always be remembered by the people of the state, N Biren stated. On his demise, Manipur has lost a great leader and a sincere politician. His departure has left a huge void in state politics, it stated.

“On behalf of the Government, I convey my deepest condolences and sympathies to the bereaved family and pray that God may give them the strength to withstand this loss,” it added.

N Biren further stated, “I have learnt with profound sorrow about the untimely demise of former minister Laisom Lalit.”

Laisom Lalit was elected to the Manipur State Legislative Assembly in 1984 from Keishamthong assembly constituency on Indian National Congress ticket and also served as a minister during the tenure of former chief minister late Rishang Keishing, it stated. He was also the former president of the Manipur Praddesh Congress Committee (MPCC), the release stated. He had a significant record of service to the state of Manipur. On his demise, the state has lost a great leader and a sincere politician who gave his best for the betterment of the society, he stated.

“On behalf of the government and people of Manipur, I convey my deepest condolence and share grief with the bereaved family and pray that God may give them the strength to bear this great loss with courage and fortitude,” he added.

NPP Manipur president N Kayisii stated, “I am very shocked and saddened to learn of the sudden and untimely demise of general secretary (National), NPP and former minister Vivek Raj. He was a dedicated and efficient party leader and his untimely demise has left a big vacuum for the NPP and for the countrymen in general.”

He expressed his sincere condolences to the bereaved family and all his near and dear ones, and offered prayers for his soul to rest in eternal peace.

Deputy Chief Minister Y Joykumar Singh who is also the national vice president, NPP expressed sorrow on hearing the demise of Vivek Raj Wangkhem who was the national general secretary NPP. The party had lost a dynamic and capable leader.

“My deepest sympathies go out to his family, and pray that God will grant them the strength to overcome this great loss,” he stated.

Following the footsteps of his late father, Vivek Raj Wangkhem spent most of his life in politics and serving the people. He also made relentless efforts to promote communal harmony in the state, it added. His untimely death is an irreparable loss not only to the party he belongs but also for the people of Manipur, it stated.

“At this hour of grief and sorrow, I extend my deepest condolences to the family members of the former Minister. May his soul rest in peace,” it added.

MPCC plunges in deep sorrow and sadness at the sudden demise of Congress leader Laisom Lalit, it stated. He was a distinguished political leader and served as president of MPCC from 1980 to 1985, it mentioned. Laisom Lalit represented Keishamthong assembly constituency in the year 1985 and also served as minister, it added.

His death is an irreparable loss not to the Congress party alone but also for the people of Manipur, it stated. “In recognition of his service and dedication for the party, the party flag remains at half-mast. At this hour of grief and sorrow, I do solemnly share the pain and pang of the bereaved family, Govindas stated.

Employment Minister Th Satyabratra expressed condolences stating that both Laisom Lalit and Vivek Raj had served the state as politicians, social workers and dedicated leaders during their entire lifetime.

“I am deeply pained by the unexpected demise of these two great political leaders who lost battle to COVID-19. Their absence will surely leave a vacuum in the political scenario of Manipur. I express my sincere condolences to the bereaved family, friends, admirers, all near and dear ones. May their souls rest in eternal peace,” it added.