Altogether, 70 people were tested which included vegetable sellers and lockdown violators. The two persons who tested COVID-19 positive were taken to the Covid Care Centre. 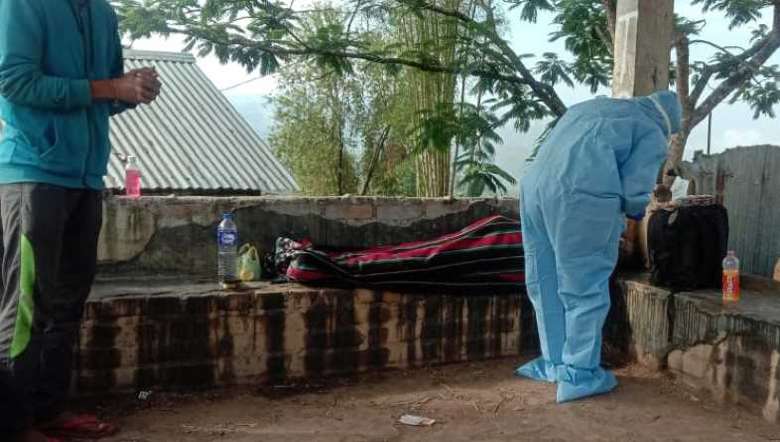 With increasing cases of COVID-19 in the district, the medical department and police authority of Churachandpur, under the order from the higher authority, conducted a random COVID-19 testing of commuters on Saturday and found two positive cases.

Altogether, 70 people were tested which included vegetable sellers and lockdown violators. The two persons who tested COVID-19 positive were taken to CCC.

In the last 24 hours, Churachandpur recorded 35 new positive cases of COVID-19 with three deaths. Two persons died at the isolation ward of the district hospital and one was found dead at a waiting shed this morning.

According to police sources, the person who died at the waiting shed has been identified as Aheibam Bashi, 28, son of (Late) Aheibam Kumar of Heirangoithong, Imphal West. The dead body was identified by his friend Khagembam Ojit Singh, 23, son of Kh Hemanta of Langthabal Awang Leikai, Imphal West. Both are sub-contract labourers of BIPL.

After informing CHC, Singngat, the dead body was tested with RAT and it was found COVID-19 positive. While conducting the RAT test on the body, the medical officer said that there are signs of substance abuse. The body has been kept at the morgue of district hospital and will be handed over as and when permission is granted by the DC of Imphal West. A case u/s 174CrPC has been registered for investigation, the source added.