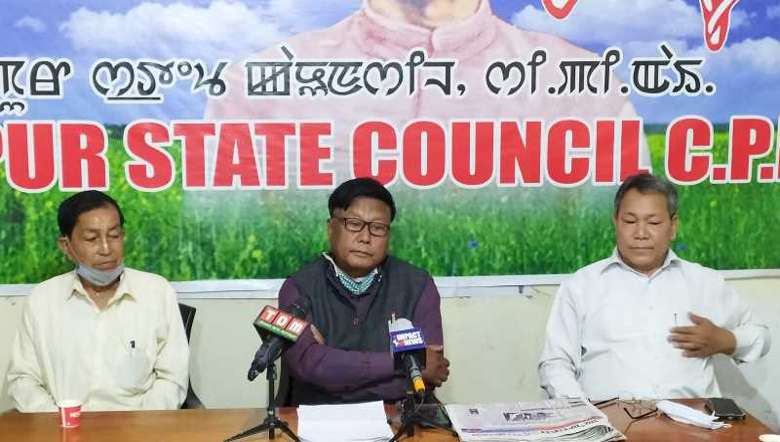 The Communist Party of India (Marxist) (CPI-M), Manipur state committee has demanded urgent expansion of critical care measures for COVID-19 patients in view of the surging infection rates in the wake of the current second wave of the pandemic.

The surge in infection rates has become deeply alarming with both government and private hospitals in the state already overstrained with patients, and no longer admitting patients, the committee stated in a statement issued by CPI-M Manipur State Committee secretary Kshetrimayum Santa on Friday.

At best, infected persons are left to their own fates in the government-run Covid Care Centers, most of which do not have adequate infrastructures and are poorly manned, it asserted.

Available statistics show that Manipur has the highest COVID-19 related death rate according to the population ratio among the Northeastern states. And despite the lockdown and the curfew being imposed in the state, the death toll and infection rates has been on a rise, so there is a need for representatives of civil bodies and prominent public intellectuals of the state to be invited to refurbish and strengthen the earlier committee that was formed in the wake of the first wave of the pandemic, it stated.

In view of the critical scenario, the CPI-M Committee has demanded the state government to provide immediate alternative arrangement for COVID-19 infected persons requiring critical medical intervention. The political party also demanded that the State Executive Committee, State Disaster Management Authority must revamp its battle strategy to win the war against the virus.

Asserting that one whole year has been wasted by the present government which did not pay any heed to suggestions and instead promoted mega super spreader events, the statement from the political party further demanded immediate provision of oxygen to all hospitals and people needing it must be ensured.

The government should launch a Free Universal Vaccination programme all across the state, it stated and demanded that the allocated budget for the pandemic along with monies collected in CM Relief Fund should be used to procure vaccines from national and international agencies.  It also stressed on the need to strictly control prices of essential drugs and oxygen, and immediate clampdown on hoarding and black marketing.

The organisations further called for direct transfer of Rs 7,500 to all families in the non-income tax paying bracket and free distribution of food grains to all the needy. The government must immediately ensure the availability of ventilators, and hospital and ICU beds particularly in the rural areas where the Pandemic is spreading rapidly, it added.