The pharmaceutical company said the first dose of the vaccine was administered in Hyderabad as part of a limited pilot and soft launch of the imported vaccine in India. 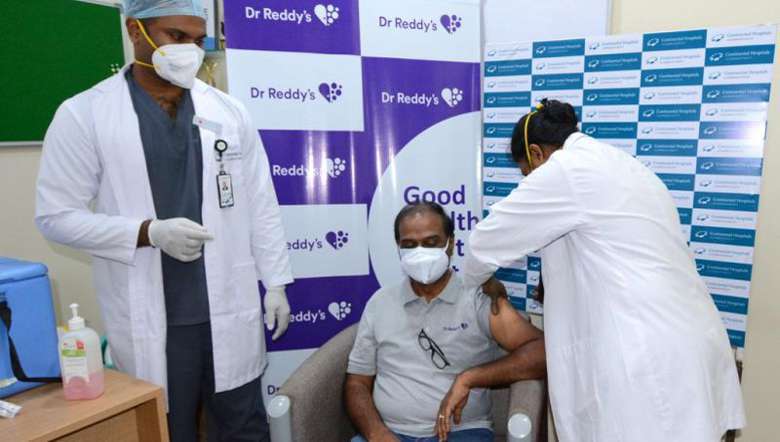 The pharmaceutical company said the first dose of the vaccine was administered in Hyderabad as a part of a limited pilot and soft launch of the imported vaccine in India.

Sputnik V is the first foreign-made vaccine that is used in India contributing to the world’s largest COVID-19 vaccination campaign.

“Sputnik V is the first foreign-made vaccine used in India. RDIF stands ready to support our partners in India to launch a full-scale vaccination with Sputnik V as soon as possible. The safe and effective Russian vaccine, which to date is authorized in 65 countries, will make an important contribution in upscaling the vaccination in India and bringing down the number of cases," Kirill Dmitriev, CEO of the Russian Direct Investment Fund said.

Sputnik V, made by Gamaleya Research Institute of Epidemiology and Microbiology in Moscow, has an efficiency of 91.6 per cent, according to a publication in The Lancet. Sputnik V is the third COVID-19 vaccine approved in India, after Covishield and Covaxin. Covishield is developed by Oxford University and AstraZeneca and manufactured by Serum Institute of India (SII), Pune, while Covaxin is manufactured by Bharat Biotech.

On Thursday, the Centre had said that the imported Sputnik V is likely to be available in the market from next week.

The first consignment of imported doses of the Sputnik V had arrived in India on May 1 and received regulatory clearance from the Central Drugs Laboratory, Kasuali, on May 13, 2021. Sputnik V was approved for use in India on April 12, 2021.

Dr Reddy's Laboratories said more consignments of imported doses are expected over the upcoming months. The second batch of the vaccine is expected to arrive in India by the end of the week, Sputnik V said on Friday.

Sputnik V was the first registered vaccine against COVID-19 in the world and is now authorised in 65 countries.