They say, bring the patients quickly

IFP Editorial: The number of hospital beds for COVID-19 patients and ICU facilities as against the recent surge in infections is not enough. 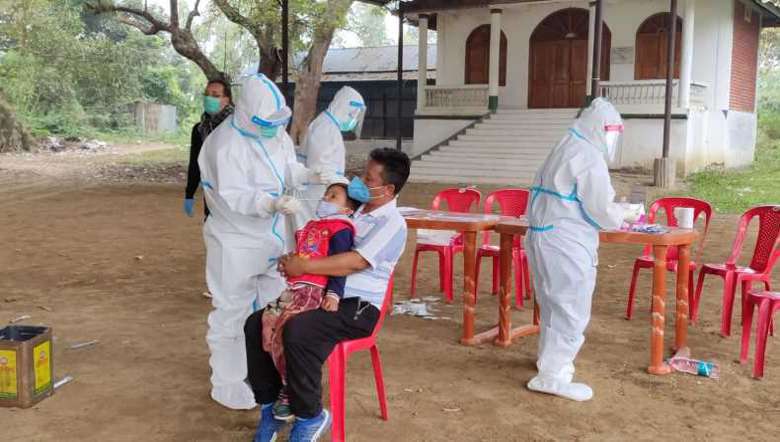 The recent statement of two hospital administrators on the problem of late admission and mortality of COVID-19 patients is rather interesting. A deputy superintendent of RIMS hospital says that delay in admission and treatment of COVID-19 patients in the hospital could be the reason behind the increase in the death rate of COVID-19 patients in Manipur. On Tuesday, Manipur recorded 20 COVID-19 fatalities, the highest single-day COVID-19 death toll recorded in the state. As per the findings and analysis of the records of the deceased patients at RIMS, it was learnt that majority of the patients were admitted late in the hospital, he said while adding that it is difficult for the doctors to treat the damaged lungs of the patients who were admitted late for treatment. Compared to the first wave, the disease progression of COVID-19 second wave is much faster. In the early days of the first wave, health and hospital authorities had tried to explain the deaths as more of co-morbidity problems. The Medical Superintendent of JNIMS hospital also voiced the same concern. The video clips containing the statement of the hospital administrators were widely circulated in the social media and mainstream media as well. Perhaps, it was meant to explain the rising fatality rate and assuage the hurt feelings of relatives, while also encouraging people to get tested immediately as and when COVID-19 symptoms surface and seek medical advice and treatment. Yes, hiding symptoms and getting self-treatment without proper medical advice endangers one’s own life and others also. Police shouldn’t have to chase people around to enforce COVID-19 curbs. People should follow the SOPs strictly and remain at home to break the infection chain. Yet, the interesting part is the admission of late reporting and treatment at the hospitals by the authorities.

ALSO READ: 'Delay in treatment could be reason behind increase in Covid-19 deaths'

Having said that, let us come to the part of patients reporting late at the hospitals for treatment.

What is causing this delay in hospital admission and rush for treatment when oxygen saturation levels have already gone down? Well, the issue of some people hiding their symptomatic status due to fear of community ostracizing is very much there. But, it is just a minuscule portion of the population. On the health issues, the state government response very much depends on the inputs of the Control rooms and the expert committees, especially of health professionals for it to form opinions and take decisions accordingly. Developing a viable strategy for enforcing SOPs and creating a network for oxygen availability, easing vaccination bottlenecks, creation of more hospital beds and increasing ICU facilities, smooth transportation of COVID-19 patients, expediting the admission process at the hospitals by doing away with the bureaucratic red tape is the job of the bureaucrats.

In fact, there should be a well-oiled mechanism in place to combat the war-like situation. Unluckily, the state failed to revamp our health infrastructure for want of imagination and enterprise and it has failed us in the second wave. Our health administrators had miserably failed in increasing the extent of health infrastructure to meet any eventuality and predict the onslaught of the second wave. Yet, we are still continuing with the same set of health administrators who had failed us in the past.

One of the basic issues had been the ambulance service available to the general public. The most populous districts of Imphal West and Imphal East have three and two ambulances respectively to cater to the public, while the other districts have one each. Of course, there are private ambulance services but the public can hardly afford them. And the public ambulances are naturally over-burdened with calls from the general public and it is rather strange that the authorities had not anticipated the requirement of more ambulances in the said two districts. The number of hospital beds for COVID-19 patients and ICU facilities as against the recent surge in infections is not enough.

We are relying on a few private establishments for oxygen and God knows what the problem would be if one of the private plants fails to operate. Have we thought of asking the Central Government for transplanting an Oxygen plant recently arrived from foreign friends here in Imphal? Have we asked for more ventilators and vaccines as we cannot afford to buy it on our own?