S Tikendra Singh had tested positive for COVID-19 on April 27. 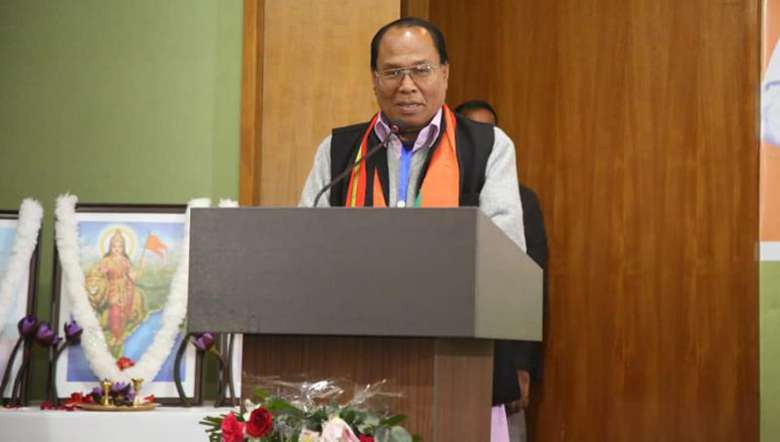 BJP Manipur president S Tikendra Singh,  battling with COVID-19, passed away at the Shija Hospitals in Imphal on Thursday.

Singh had tested positive for COVID-19 on April 27.

"I have tested positive for COVID-19 after having mild fever without cough for last few days. I am fine and self-quarantining at home. Those who came into close contact with me in last few days must get tested for COVID-19. Appeal to all to get vaccinated at the earliest and strictly follow COVID-19 SOPs issued by the authorities," the state BJP president had said in a Facebook post.

The BJP Manipur president was referred to Shija Hospitals after being treated at JNIMS from April 30 till Thursday morning.

On admission, he fell unconscious with a very low BP of 80/40 mmHg, and on maximum doses of two medicines to raise the BP, it stated, adding that he had not passed on urine overnight.

S Tikendra was rushed to the Intensive Care Unit (ICU) where immediate dialysis was started and all necessary medications were given, it stated. Repeat test for Covid turned out positive, and he succumbed at 7.40 pm in spite of all efforts made, the release stated.

Meanwhile several leaders, including Prime Minister Narendra Modi and Union Home Minister Amit Shah, took to Twitter to extend their condolences over the demise of the BJP Manipur president.

PM Modi tweeted, "Saddened by the demise of Prof. S Tiken Singh, President of @BJP4Manipur. He will be remembered as a hardworking Karyakarta who strengthened the Party in Manipur. He was active in many social service initiatives. Condolences to his family and supporters. Om Shanti."

"Pained to learn about @BJP4Manipur State President, Shri S Tikendra Singh Ji's demise. He made sincere efforts to strengthen the BJP in the state of Manipur. My deepest condolences to the bereaved family. Om Shanti Shanti," Shah tweeted.

"I'm pained by the untimely demise of Manipur State BJP President, S. Tikendra Singh Ji. A long time colleague, he was always focused and committed to strengthen the BJP in Manipur. We shared many memorable moments. I extend my condolence to the family and supporters. Om Shanti," Union Sports Minister Kiren Rijiju wrote on Twitter.

Extending his condolences, Manipur Chief Minister N Biren Singh said he was at a loss of words.

"I’m at a loss of word to learn that Prof. S Tiken Singh, President @BJP4Manipur, had passed away just a while ago. We have lost a stalwart of BJP Manipur who have dedicated his life for the service of people and the party. My deepest condolences to the bereaved family. RIP Oja," CM Biren tweeted.

"Saddened to learn about the sudden demise of BJP Manipur's State President, Prof. @STikendraBJP, Ji. My deepest condolences to his family, friends and colleagues. May his soul rest in peace," Meghalaya Chief Minister Conrad Sangma tweeted.