COVID-19: Symptomatic persons to be referred to designated healthcare facility as COVID-19 cases surge to 841

Sixty-four persons were confirmed as new COVID-19 positive cases in Manipur in the last 24 hours. 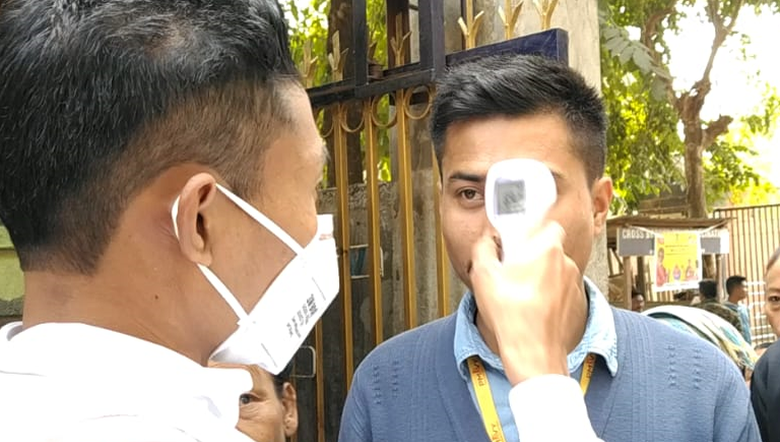 In order to ensure maximum containment of COVID-19, the government has directed for referring symptomatic persons to designated healthcare facilities immediately for isolation/observation and sample collection if the exposed person develop symptoms before testing.

The instruction came in the wake of rising number of COVID-19 positive cases in the state that climb to 841 Sunday evening.

“If an exposed person develops symptoms before testing, the person should be referred to a designated healthcare facility immediately for isolation/observation and sample collection. Such prompt action would reduce secondary attacks,” said a release issued from COVID-19 Common Control Room.

A total of 145 such beds are available presently in different districts; 32 in Bishnupur, 10 in Chandel, 22 in Churachandpur, 10 in Jiribam, eight in Kakching, two in Kamjong, two in Noney, two in Parbung, six in Thoubal, 10 in Tamenglong, 15 in Senapati, 16 in Ukhrul, six in Mao and four in Moreh, it said.

The release informed that the 64 persons were confirmed as new COVID-19 positive cases from VRDLs of RIMS and JNIMS in the last 24 hours.

The fresh cases, all returnees from other states are one from Chandel, two from Imphal East, three from Imphal West, six from Kakching, 20 from Kamjong, 18 from Kangpokpi, eight from Tamenglong and six from Thoubal. They are being shifted to COVID care facilities, it said.