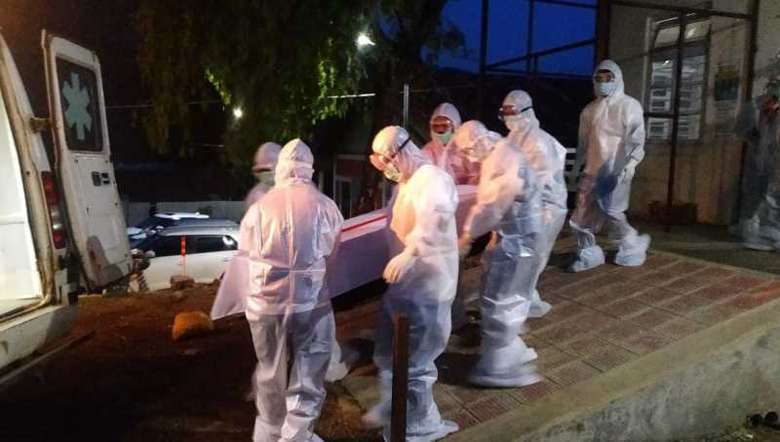 COVID-19 death toll in Manipur surged to 461 on Saturday as 12 more persons died in a span of 24 hours. The state also recorded 442 new COVID-19 positive cases, pushing the cumulative number of positive cases to 34,775, according to the latest update by the state health department.

Of the fatalities recorded on Saturday, five deaths were reported from Imphal West alone, while three were from Imphal East, two from Kangpokpi and one each from Thoubal and Ukhrul, a release issued by the COVID-19 Common Control Room stated.

Among the new cases from the general population, Imphal West and Imphal East recorded the highest number of positive cases at 168 and 140 respectively. The other new cases included 32 from Kakching, 27 from Bishnupur, 17 from Thoubal, 15 from Churachandpur, 13 from Ukhrul, 12 from Noney, five from Chandel, four from Jiribam, three each from Senapati and Tengnoupal and one from Kangpokpi, as per the release.

With the new positive cases, the number of COVID-19 active cases has risen to 3,851 while the state's COVID-19 recovery rate fell to 87.60 per cent from 88.48 per cent on Friday.  The cumulative number of recovered cases stood at 30,463, including 85 new recoveries, the release stated.

As per the latest updates, the cumulative number of people who have been vaccinated in the state reached 2,58,740.