BJP is very good in elections and their election juggernauts seems unstoppable till it met its doom at West Bengal, with Didi in the front fighting and how she won, a thumping absolute majority better than in the last election. 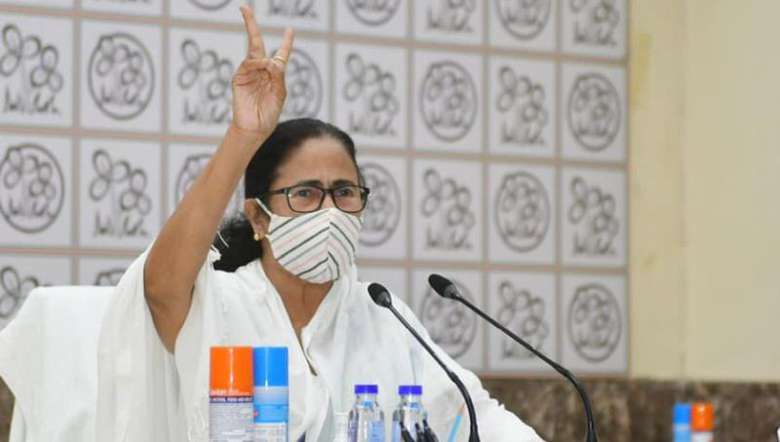 In the recent elections in four states and one UT, the outcome in three states and one UT is a foregone conclusion. In Assam, the NDA returns to power with the hand of the BJP coming out stronger vis a vis its allies though the number of seats garnered by NDA is lesser this time. In Kerala, BJP has hardly any presence but the LDF government came back to power on its strength in handling the corona crisis. In Tamil Nadu, the DMK has come to power after a decade due to the alignment of ADMK with BJP which is like a millstone around one’s neck and in Puducherry the NDA comes back to power after machinations, including changing of the LG. The results are on predicted line.

But the result in West Bengal which was predicted to be a cliff hanger turns out to be an utterly one-sided fight. One must congratulate and compliment Mamata Banerjee, the only star campaigner of her party who took on the might of the BJP to beat them soundly. She took the risk of contesting only from Nandigram where the Adhikari family ruled the roost and even though she lost the battle there by a whisker, she won the war. If the Left and Congress alliance had not played spoilsport by putting up a candidate there, the story would have been totally different. No one seems to have sympathy for the two parties in the state as they have been totally wiped out from the political scene of West Bengal.

Derek O’Brien was not wrong when he claims that the TMC fought the BJP, biased media, CBI, IT, ED and ECI but comes out the winner. The BJP is very good in election and there is no doubt about it. It uses all weapons at its disposal and wilfully brings the narratives as per its design. And its band of dedicated karyakartas did the rest like well-oiled machinery. With support from many media houses which have by now lost all credibility, the narratives are that of the BJP. Many felt that the fight will be tough and almost all exit polls came to this conclusion. One of this writer’s friend who is a University don there when asked; quietly told that Didi is coming back with a thumping majority and on questioning him on the various reports, laughed and said that these reports are nothing but paid news and asked this writer to wait till May 2. How true he was!

When he was then queried why she will return to power, he said that BJP had lost the plot when the PM started criticising her sarcastically calling her “Didiiiii-Oh-Didiiii” which was not taken kindly to by the Bengali Bhadralok and Bhadramahila, which is seen as unbengali and sarcastic especially coming from an outsider and the latter specially voted in her favour. Bengalis can castigate among themselves but when it comes from an outsider they close ranks and this seems what happened. Bengalis have tremendous pride of their culture and the effort to trash Didi, their representative, perhaps rebounded on the BJP.

BJP should be happy that they had become the sole opposition party in the state from a very limited presence but no; as Amit Malviya claimed that she has no moral right to continue as CM as she lost in Nandigram. Who is he to talk about morality as he is a past master in machinations! To be fair the PM congratulated and complimented her on the victory. But the defeat rankle the BJP as WB is the state of Shyama Prasad Mookherjee and they did everything in their power to win, which tragically for them fell short. The BJP is on a dharna against the TMC’s win by claiming that they were muscled out. Though BJP lost, for the RSS it gained as Didi was forced to claim she is a Brahmin and recite Chandi Paath!

The tendency of using government agencies during election by carrying out raids on specific targeted individuals have unfortunately led to questioning the credibility of these institutions. When election is on, be in TN or WB or even Kerala some leaders of the main opponent party came under the scanner of these agencies. Why at this juncture when they have been sleeping for years? Even in Manipur when there was instability due to the withdrawal of support by some BJP MLAs the former CM was questioned by the CBI in a case they have been handling for quite some time. Even the ECI have in this election did not cover themselves with glory so much so that the Madras High Court had made certain disparaging comments which when approached to the SC could not be struck off. ECI had come up from like a branch of the Government to a fully independent authority of its own due to the efforts of TN Seshan and a few others who followed him but has now gone back to the old ways after the resignation of Ashok Lavasa, much to the disadvantage of democracy. The inability of the ECI to adapt to the Covid situation and the unprecedented 8 phase poll in WB using central forces perhaps led to huge surge in Covid positive cases. For the ECI it could have been an opportunity to ensure lower cost elections by devising methods to restrict mass gatherings but they discredited themselves through its incompetency merely following the past precedence.

Mamata did all she can with limited financial resources meeting the challenges from the team led by PM and trumped. The Union minister who contested was roundly beaten as also the nominated Rajya Sabha MP who had to quit his seat to contest. In fact, most of the turncoat leaders who left the TMC to join the BJP lost; 16 out of 21. In politics there are leaders like Didi, PM, etc who has mass followings and there are those who are competent but do not have mass following. Just because they are high in the party hierarchy does not mean they have the capacity to win elections.

WB is an enigma; they love arguments and debates and have a superiority complex especially in the field of culture. The TMC’s strength in the urban areas continues indicating that the left leaning bhadralok, who loves independence of thoughts, had aligned with the TMC on the face of the onslaught by the BJP, rather than aligning with the latter. Its hold in the rural belt is a bit tenuous, despite Didi supporting the farmer’s agitation.

There is no denying the fact that she started many schemes which are populist in nature literally impoverishing the treasury but had endeared to the public especially among the womenfolk. But which CM in the country do not promise and give freebies to the electorate? The prediction of Prashant Kishore who boldly told that BJP will not reach three digit figure will haunt the BJP, as it indicate that Prashant knows much better the psyche of the Bengalis than all the leaders of BJP combined together.

Didi may become the face of the united opposition in the next Lok Sabha poll in 2024, provided the Congress cedes the leadership which is unlikely as they continue to prop up the Gandhi scions, known for their lack of leadership quality. However, she can be a redoubtable opponent; with her charisma and the ability to draw crowd. Wish Manipur has a leader as inspiring as her, though one may have differences with her politics as she can state facts without mincing words. With the ability of the BJP leadership in question to govern in crisis situation especially after a series of blunders during the covid management, particularly during the second wave, there is a chance that the opposition formed by regional satraps may be a strong challenger. The country or for that matter any state cannot be governed through perception management alone, there has to be some substance which is unfortunately sorely missing now.

The BJP is very good in elections and their election juggernauts seems unstoppable till it met its doom at WB, with Didi in the front fighting and how she won, a thumping absolute majority better than in the last election. She can still come as an elected MLA by contesting in either of the two countermanded constituencies.