The total lockdown imposed from May 5 midnight will continue till May 15 midnight. 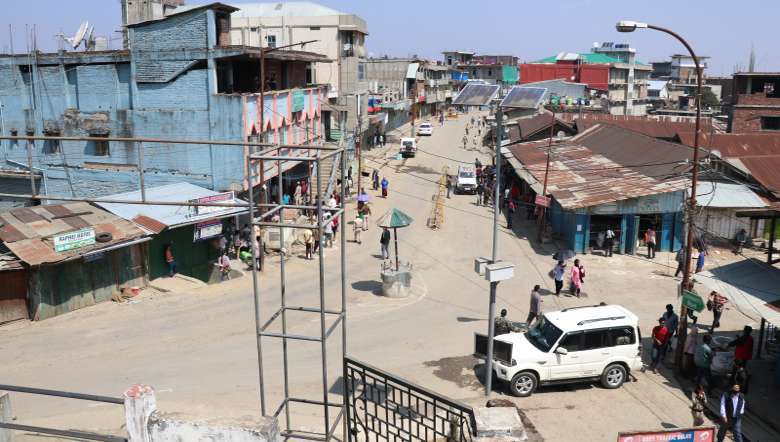 With the number of COVID-19 positive cases increasing in the district, the Tangkhul Co-ordination Forum on COVID -19 (TCFC) had imposed a total lockdown beginning May 5 midnight till May 15 midnight across the Tangkhul villages.

The district reported nine COVID-19 positive cases on Thursday, including five from the containment zone, two from the district hospital screening centre and one each from Somdal and Jessami village, according to the district surveillance officer.

Meanwhile, deputy commissioner Ukhrul Joseph Pauline had declared the resident of Anny Khangrah wife of Ngazek Khangrah of Hamleikhong Block- D as a containment area and sealed, barred entry and exit of population from the said containment area, and directed to initiate active surveillance of COVID-19 cases with immediate effect.

On the other hand, the district magistrate had revoked the earlier containment order he had issued on April 24 and 30  to four residents, including Yurngam Vashum of Kaphasomtang; resident of Rungshim Angkang, Hamleikhong; resident of Chetaan Acharya, Naga gate, Hungpung, and resident of Chinaongai Yangya, Paorei village and Khamphasomtang, effective Thursday as all the close contacts had been retested and their results were found to be all negative.

It may be mentioned here that the order issued by TCFC on May 5 addressed to DC Ukhrul had urged to let only few staff attend the departmental offices in the district.

The decision to impose public lockdown was taken during a deliberation of the forum held on May 4. "With positive cases increasing in the district, and fearing that the virus had penetrated in the community, TCFC had decided to go ahead with the lockdown effective May 5 midnight till May 15 midnight," it stated.

The public lockdown decision, though hailed by many, is being questioned by others, arguing that the forum should have informed the public well ahead as many are daily bread earners while those who are working outside their villages were caught unprepared.

Containment period in Greater Imphal, areas under IMC extended till May 16