The arrested person along with the seized heroin No. 4 weighing approximately 1.3 kg is currently in the custody of Churachandpur Police Station. 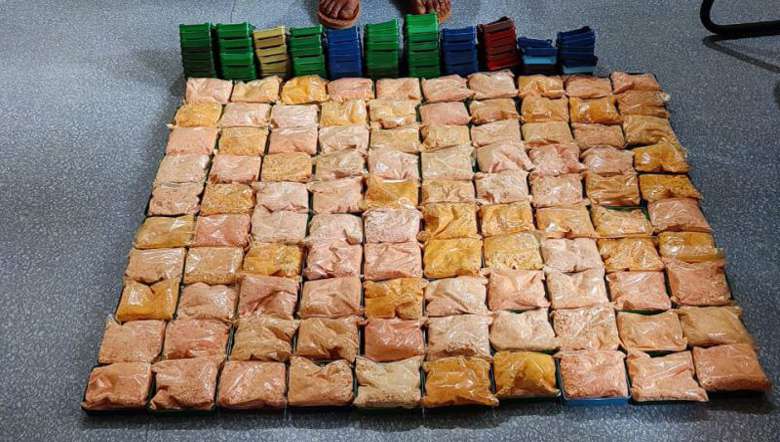 A team of Churachandpur police arrested one person along with heroin No.4 worth around Rs 1.5 crore in international market on Thursday.

According to the police, the heroin was found in 100 numbers of soap cases concealed inside a water cooler while the police team was conducting frisking and checking of vehicles at Rangkai bridge. The team was led by OC of Churachandpur police, inspector N Thangzamuan under the supervision of its SP.

The arrested person has been identified as Thangkhomang Lhungdim, son of Thangkhogin Lhungdim of Joupi village, Chakpikarong, Chandel district. He was intercepted while he was coming in a Tata Sumo bearing registration number MN 07D-0263. During interrogation, he revealed that the water cooler was handed to him by one Haopu of Joupi Market for transportation to Churachandpur, it added.

The arrested person along with the seized heroin No. 4 weighing approximately 1.3 kg is currently in the custody of Churachandpur Police Station. A case has been registered u/s 21(C) of ND and PS Act and further investigation is going on, the source said.