Appoint person with technical background for post of director: ATSUM

ATSUM information and publicity secretary Khaiminlen Doungel said that sidelining well trained and experienced officers with technical background tantamount to questioning the sincerity of the government. 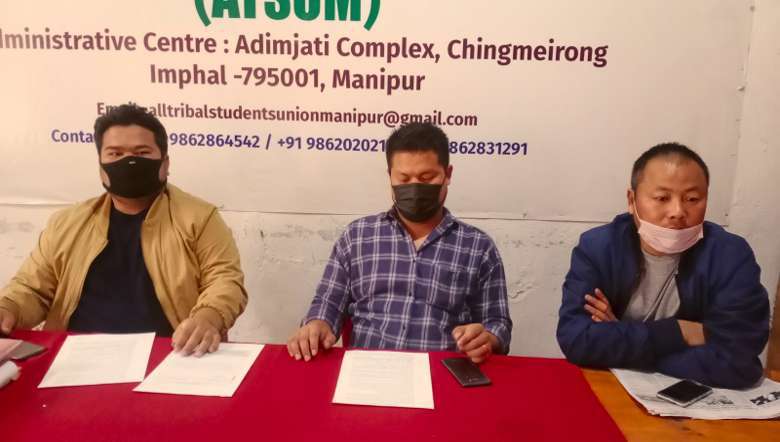 Expressing serious concerns over the current stalemate concerning the appointment of the director of the Agriculture department, the All Tribal Students' Union Manipur (ATSUM) has extended solidarity and support to the demand of the employees of All Manipur Agriculture Department Employees Welfare Organization (AMADEWO).

The Agriculture department has been playing a very important role in the state as Manipur being of the state where agriculture and Horticulture are the main occupations for the people both in the valley and hill, said ATSUM information and publicity secretary Khaiminlen Doungel.

However, of late, the agriculture department has been mired by protest and other forms of agitations against the appointment of a non-professional as director of the department, he said.

He continued that sidelining well trained and experienced officers with technical background tantamount to questioning the sincerity of the government and the quality of services rendered for the welfare of the farmers of the state.

Director of Agriculture is a technical post which should be manned by a director who has a technical background of Agriculture, he further said, adding the state government must initiate timely solutions acceptable to the department concerned and the people.

In the past, the state government used to appoint the director of the Agriculture department from the staff through a line of promotion on seniority basis, he said. However, contrary to the traditional appointment of technical person for the post of director as followed since 1971 and despite several appeals from the employees of the department to follow the same policy of appointment, the state yet again recently appointed an MCS officer as director for the department, he added.

He also said that several like-minded organisations and employees of the Agriculture department have raised the matter to the chief minister and Agriculture minister against the appointment of a non-professional as director of the department. But the demand for revocation of the same order put forth has been sidelined and the state government chose to remain silent till today, he added.

The inability on the part of the state Government to redress the grievances and unable to expeditiously solve the genuine demand of the employees on time is very unfortunate and disappointing as most of the employees of the Agriculture department have started protest and non-cooperation movement, he asserted.

It also cautioned that any hardships arising out of the schematic political appointment of a person with non-technical background will be the sole responsibility of the government.