The state government should accelerate the vaccination programme in the entire tribal villages of the hills and adopt appropriate SOPs to facilitate smooth and safe conduct of the impending ADC election, publicity secretary ATSUM Khaiminlen Doungel said. 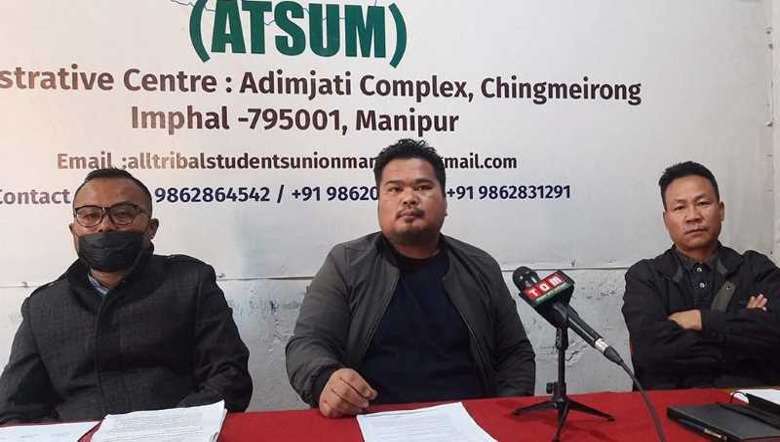 While the whole human race is reeling under the dreadful COVID-19, the life of the tribal populace of Manipur state is worsened for want of basic amenities including its constitutional rights given by the constitution of India through Article 371 (C ), said information and publicity secretary ATSUM Khaiminlen Doungel.

The protection of the tribal communities in all aspects is posing under threat due to non-functioning of the grass root democratic institution i.e. the Autonomous District Councils, he said. The concept and purpose of instituting local self-government in the hill areas of the state as envisaged by the framers of the Indian constitution is being belittled and overlooked by the current dispensation to meet its selfish political agenda.

However, the Manipur state government is still hesitating to issue notification for general elections to the Autonomous District Councils though the Hill Areas Committee had recommended two times for timely elections of ADCs in its meetings held on October 8, 2020 and April 12 respectively, he added.

ATSUM considers it as rightful to assert tribal peoples' inalienable rights and thus, the demand for timely election of ADC was placed before the state government as the tribal legislators failed to articulate it while busy serving the interest of their masters or political party principles, he added.

With the constant support of the tribal populace especially the federating units of the hills, ATSUM has sustained thus far with a number of Memorandum of Understandings (MoU) signed with the state government for timely conduct of ADC elections.

He further said that as expressed by many experts, COVID-19 will continue to exist and that the people should all learn to adapt to live with it following standard operating procedure (SOP) formulated from time to time by departments concerned. Therefore, the state government or local self-government should continue to function effectively and elections to local bodies and Legislative Assembly of various states should be conducted effectively following election SOPs issued by Election Commission of India amid COVID-19 positives cases surging, he added.

The state government should accelerate the vaccination programme in the entire tribal villages of the hills and adopt appropriate SOPs to facilitate smooth and safe conduct of the impending ADC election, he said.

He also said that it is of utmost need in nature to install/institute grass root level democratic institutions in the hills to ensure that the rule of law is administered competently in the state as enshrined in the constitution of India through Article 371 C.

He further said that the state government is also reminded to respect and materialise the agreed terms of MoU signed on April 7 2021 for issuance of notification for General Elections to ADCs by  May 5 and adhere to its (state government) decision of conducting Autonomous District Councils Elections by June 25 as placed in public domain through its press release dated April 5 by formulating Election SOPs as done in previous bye elections to Legislative Assembly of the state and recently held Legislative Assembly elections of other states.