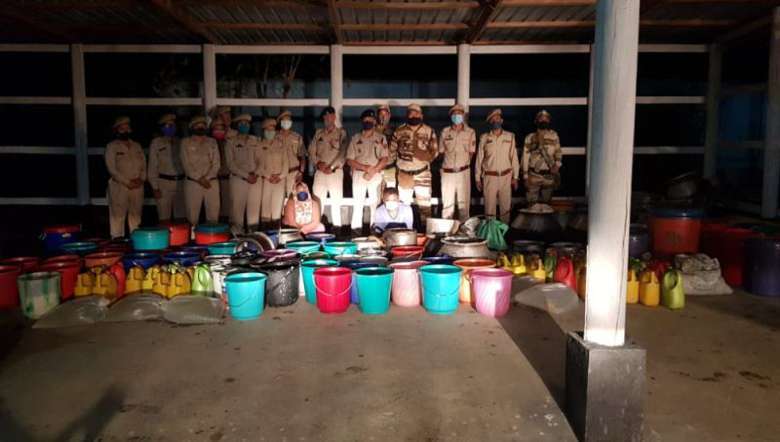 Thoubal District police continued its drive against Distilled Indigenous Country (DIC) liquor and seized liquors from different places of the district on Saturday.

The apprehended individuals and recovered items have been handed over to OC Excise station Yairipok for further necessary action, the source informed.