The estimated loss of the properties and houses is more than Rs 25 lakh. 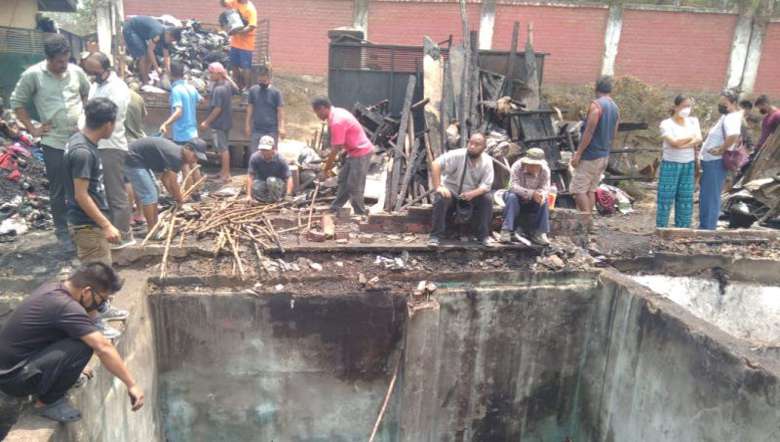 Four rented houses were gutted down in a massive fire incident that broke out around 8 am on Friday at Gangimual village, Churachandpur district in Manipur.

The owner of the rented houses is Paukhanthang of Gangimual village and he has been renting the four houses to the families of Narender, Thongkhansuan, Manneihching and Tek Bahadur. The estimated loss of the properties and houses is more than Rs 25 lakh. This is the second such fire incident in the district in two weeks. Earlier, a fire incident happened at Tuibong bazaar on April 23.

According to Tek Bahadur, who is one of the tenants, the fire was suspected to have occurred from an electric short circuit.

Sources said that the fire brigade team reached the spot 30 minutes late after giving the report of the fire incident. By the time the team arrived, the houses were completely burnt into ashes. After the incident, the locals of Gangpimual village tried to retrieve a few properties inside the burnt houses and also took initiative to help the victims.