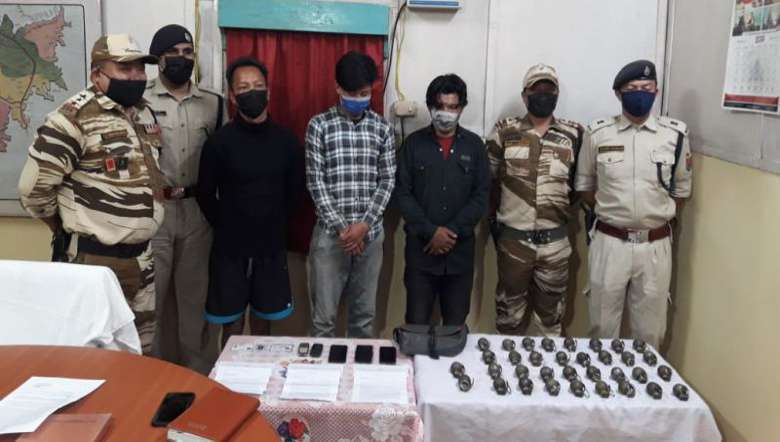 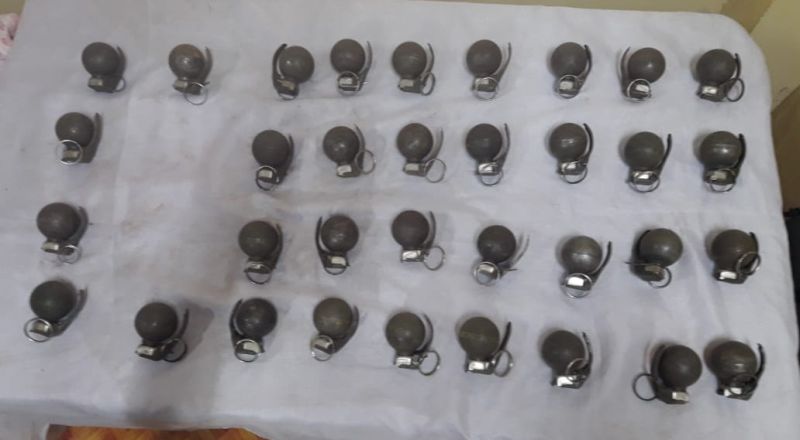 At around 12.30 pm, one suspect Moirangthem Megha Singh was intercepted at Champrathong, Heirok Part III, the release stated.

On preliminary questioning, he disclosed that he is a member of the banned organisation, working under one self styled lieutenant called Heishingba. He also disclosed that he has been involved in the transpiration of explosive materials for the group to commit prejudicial activities, it added.

At around 1.30 pm, another team led by OC CDO Thoubal N Tikendra Meetei, intercepted two youths coming on a motorcycle in a suspicious manner near the gate of DC Office Thoubal, the release stated.  On preliminary questioning, they disclosed that they have been working under the same Heishingba of the group, it added.

They disclosed that they were coming to serve demand letters to government offices. On searching the bag of Maibam Rajkumar three demand letters signed by secretary, department of Finance S Pankhei were found, it stated.

It stated that Rajkumar also disclosed that he was also working under Heishingba through Soibam Lemba Singh.  From his disclosure, 34 hand grenades were seized from his Banana plantation farm, it added.

It further stated that S Lemba Singh disclosed that he too, has been working under the same Heishingba. Under Heishingba’s instructions, he and Rajkumar had served many demand letters at government offices, brick firms etc., it stated.