Sanaton, who was studying at RIMS, Lamphel in Imphal West was found hanging on March 15 in a suspicious manner. 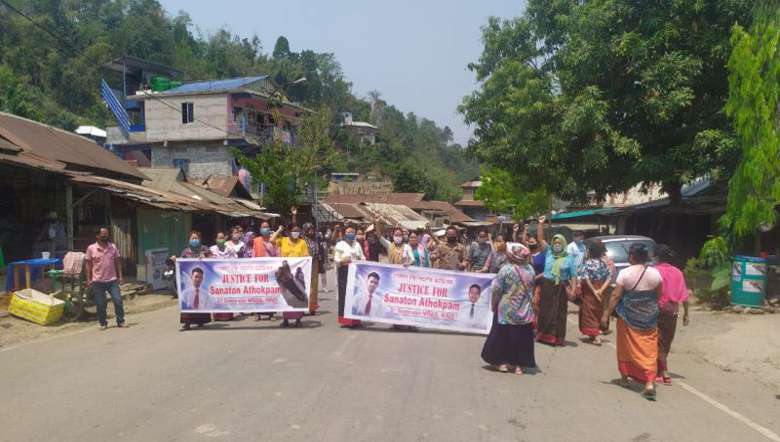 Youth’s Forum for Protection of Human Rights (YFPHR) has sought attention from the National Medical Commission (NMC) on the death of Sanaton, a medical student who was allegedly found hanging at RIMS hostel on March 15.

A letter addressed to NMC stated that Sanaton who was studying at the Regional Institute of Medical Sciences (RIMS), Lamphel, Imphal West was found hanging on March 15 in a suspicious manner. Late Sanaton's family members were informed by a person known to them that Sanaton has been taken to RIMS causality ward.

When the family members visited RIMS casualty ward, they were informed that he was found dead on March 15 at around 1:30 pm at his hostel room, it stated. Nobody else saw him hanging inside his room except for the friends who brought him to RIMS causality ward in a Honda Activa scooter from the hostel. His friends did not inform the warden of the Hostel or any other authority of RIMS institution as well as the police, it added.

It further stated that although the death was controversial, Lamphel Police station had not registered an FIR on the case besides receiving a complaint from the family members and having the prima facie evidence of being murdered. It was found that his both wrists were found tied behind his back while an injury was found on his small toe, it stated, adding there were others marks on the face and on the back of his body etc. which were signs of being hit by a big rod.

The police have also denied the requests made by the victim’s family to let them take part in the post mortem that was conducted on March 16 at JNIMs Hospital, the letter stated.

The forum urged NMC to seek a report from the director of RIMS authority to explain why the RIMS authority has not filed a complaint to the police. It further urged NMC to direct the Manipur police department to furnish the post mortem report to the Commission and direct for the necessary area of investigation.

It is also urged to direct Manipur Medical Council to conduct a probe into the death of Sanaton in which the Commission may monitor the process. It further urged NMC to direct the state government to take necessary action against the Lamphel police station for failing to register a case over the death of Sanaton.

NMC also urged the Commission to monitor the investigation process to deliver justice to the deceased soul and his family members.

RIMS may become a place for murdering people: Justice for Sanaton