The troops of Assam Rifles intercepted seven vehicles carrying illegal timber between 1 am to 3 am. 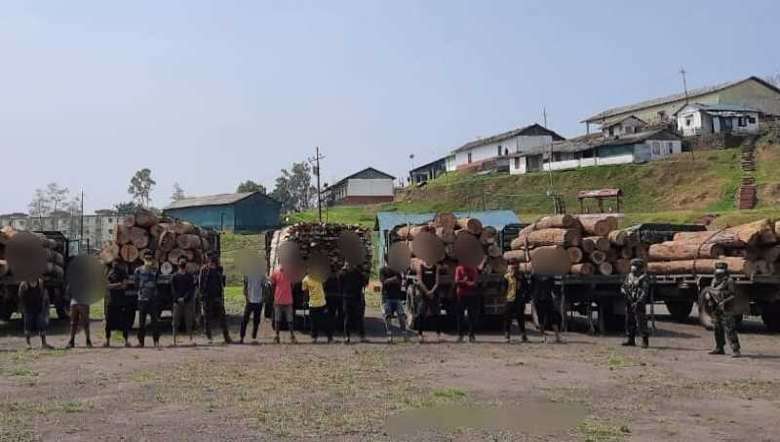 The Shangshak Battalion of 10 Sector Assam Rifles foiled smuggling of timber worth Rs 6.72 crore near Koshu village in Kamjong district on Wednesday.

Based on credible inputs from reliable sources, the troops of Assam Rifles intercepted seven vehicles carrying illegal timber between 1 am to 3 am.

On thorough checking of the vehicles, seven persons were apprehended along with illegally smuggled timber worth Rs 6.72 crore, a release by PRO IGAR (South) stated.

The apprehended individuals and timber were handed over to the forest officer of Finch Corner for further legal action, the release added.

On receiving an input of illegal items near pineapple farm, Khudengthabi, troops of Tengnoupal Battalion carried out a thorough search of the area. 71 gunny bags of betel nuts weighing 5,230 Kg worth Rs 31.38 lakh were recovered.

The recovered items have been handed over to customs department for further investigation, the release stated.

It further stated that Moreh Battalion Assam Rifles foiled smuggling of tobacco in Moreh on Wednesday.

The troops while patrolling observed some cartons dumped in the jungle along the Indo-Myanmar Border in Haolenphai village. On checking, 25 cartons of tobacco worth Rs 2.02 lakhs were recovered.

The recovered items were handed over to the customs department at Moreh for further legal action.