The prices of some items were found to be inappropriate as their wholesale rate is similar to that of the retailer price, Mani Ningthoujam said. 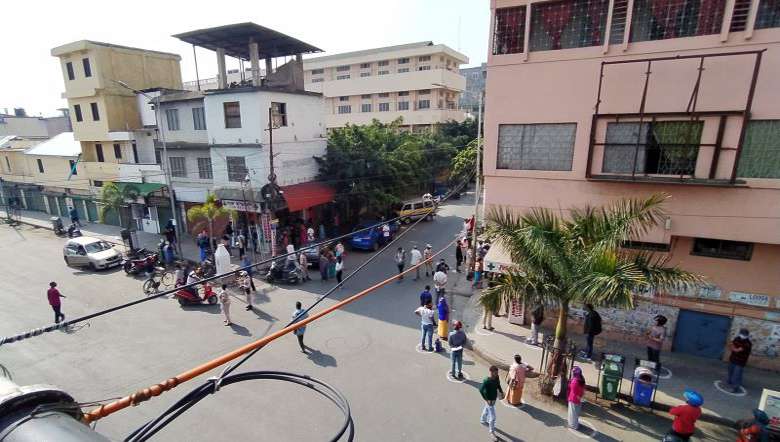 Rejecting the price list of essential commodities set by the state government, the All Manipur Students’ Union (AMSU) urged the authority concerned to rectify the price list as per an acceptable rate and not to implement them until they are changed.

Considering the economic impact of the prevailing pandemic, the state government has set the price of 17 essential items on April 25, said HRD secretary, AMSU headquarters Mani Ningthoujam in a press conference held at its Thangmeiband office on Wednesday. The price was listed by the department of Consumer Affairs, Food and Distribution under Essential Commodities Act, 1995, he said.

He said that the prices of some items namely matar, mustard oil, palm oil and refine oil were found to be inappropriate as their wholesale rate is similar to that of the retailer price. The wholesale rate for some items such as arhar dal is also higher than retail price, he added.

It was unfortunate to learn that the rate of arhar dal was increased while the price of potato was reduced, he said and condemned the authorities for not rectifying the price of other commodities despite the appeals made by the union from the last few days.

He said that the union has been conducting various drives to control price hike in the state from time to time. They had organised drives at Thangal Bazaar, Nagamapal and nearby places, he said.

The union saw the piling of various commodities at warehouses and noticed the stock would last for around three months. Therefore, there is no point in increasing the price of such commodities which are in stock, he added.