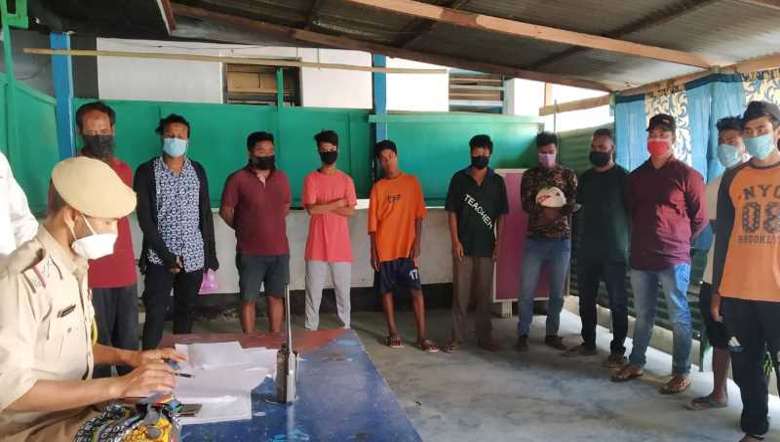 Thoubal police team detained 45 persons at Yairipok Lamkhai on Tuesday for not wearing face masks at public places and produced before the executive magistrate of Thoubal immediately.

According to police sources, a total amount of Rs 7,300 was fined against the detained persons and they were released after executing a bond for their good behaviour for a period of six months.

During the drive 16 persons were detained for violating the COVID-19 guidelines. They were released after producing before the executive magistrate under Section 110 CrPC, the source added.