The seized items have been handed over to Excise Authority for further necessary actions. 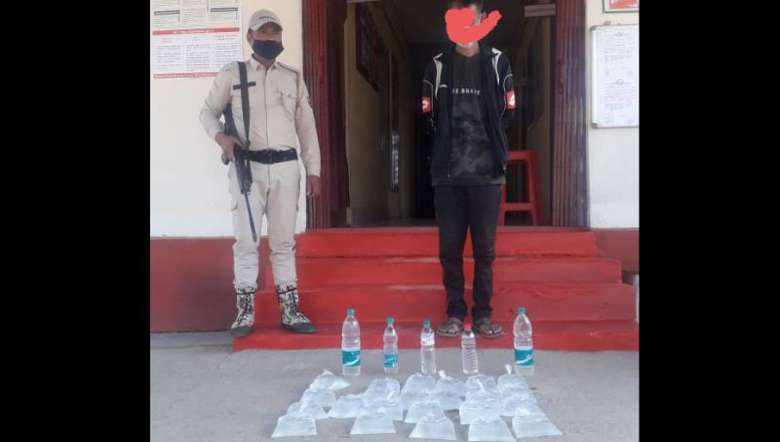 A liquor drive was conducted at Lamding Cherapur area by a team from Khongjom police station led by its OC, inspector K Santosh and assisted by SI Ak Joydutta Singh and ASI Y Kirandro Singh, under the overall supervision of SP Thoubal, S Ibomcha on Sunday.

As per police source, 15 litres of Distilled Indigenous Country (DIC) liquor was found at the house of Heikham Pailot Singh, 58, son of H Biramangol Singh of Lamding Cherapur Awang Leikai during the drive.

However, the police team could not find Heikham Pailot as he was not present at his residence at the time and a thorough search of the locality did not yield any results. The police team left after giving strong directions to his family members that he must appear before the OC of Khongjom police station on Monday without fail, the source said.

On Monday, the source informed, Heikham Pailot surrendered and appeared before the OC of Khongjom police station. Accordingly, the detected 15 litres of  DIC liquor were formally seized from his possession, and the seized items along with Heikham Pailot have been handed over to Excise Authority for further necessary actions.